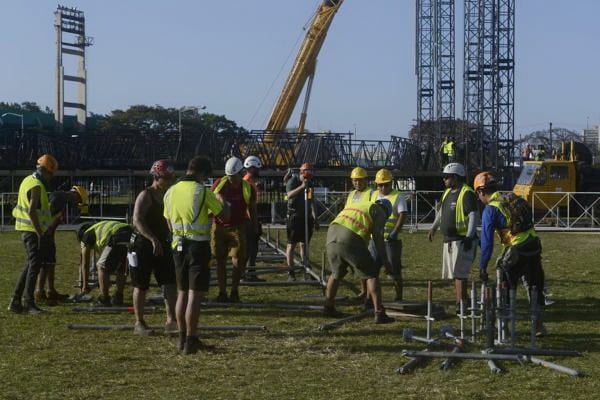 HAVANA TIMES — An international crew of workers from England, Germany, Belgium, Mexico, Peru and the host country are going full speed to ready the stage with its huge towers for the first ever Rolling Stones concert in Cuba, a country that previously forbade its citizens to listen to their music.

The event in Cuba is part of a year-long tour across the Americas. The free concert will take place in a large open field at Havana’s Ciudad Deportiva, (Sports City) grounds.

5 thoughts on “Havana at Full Speed Preparing for the Stones”