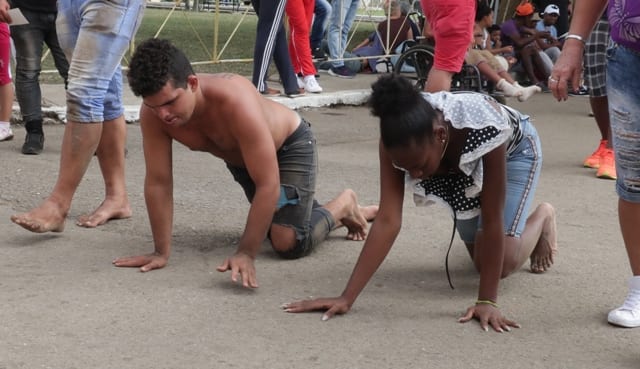 HAVANA TIMES – Every year, on December 17th, many people walk from Santiago de Las Vegas, through almost four towns to reach Rincon, where you can find the Church that houses the image of Saint Lazarus, who is attributed with miracles relating to physical health and wellbeing. He is the wonder-working Saint, who is said to fulfil promises to alleviate people’s pain, save lives or cure a disease.

For years now, the pilgrimage to Rincon has been proof of how this popular religious tradition continues to be alive within Cuban society. An annual event that brings both religious and not-so-religious, native and even foreign, people together.

It shows us that in spite of different divine beliefs that overlap in people’s everyday lives and minds, worshipping Saint Lazarus (Babalu Aye or Asojuano, as he is also known) is one of the most important things that unites them. 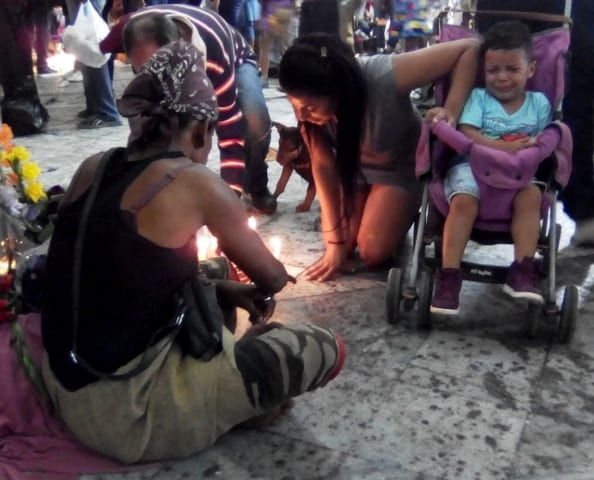 Barefoot, dressed in clothes that incorporate the color purple (the Saint’s color), with visible and timely characteristics in every case, depending on the religion they profess, they come and go over mainly over two days: children, women, men, young people, the elderly and the not-so-elderly, even pet dogs, forming part of a constant parade, which can be seen from dawn till dusk.

For some people, the pilgrimage and tribute to Saint Lazarus begins on the eve of the 17th until midnight on the 17th, thanking the Saint for their health and salvation. However, for others, the entire month of December is his month and they go to visit the Church on any other day, both before and after the 17th.

Some people deliberately avoid going on the 17th because of the great commotion of people who fill the church and flood the streets that lead there. Some claim that “… you pick up more bad things than the blessings you could possibly receive,” a woman answered, while others say that “… it’s a very chaotic day.”

And in spite of everyone knowing this about December 17th, you yourself might have seen how a promise made for a sick person’s health was fulfilled or for someone who was about to lose their life, among your closest and dearest. Whether that person is your child, your mother, father or yourself who goes to ask the Saint for mercy. 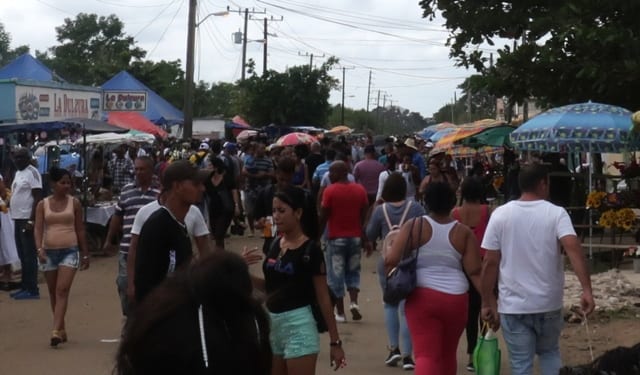 New promises are also made, which imply a payment that is accepted and met, at a fixed rate, or for the rest of your life, depending on what the person feels and promises to do. And because the way of paying the Saint back is self-imposed, well some are stricter and follow through no matter what.

There is a lot of street sellers when this event takes place: statues, necklaces, candles, flowers and a series of items relating to this celebration are sold, which people then offer to the Saint inside the Church. And the church in Rincon also contributes and makes a great effort every year to correspond to this mass display of religion, many people supporting those who reach the altar and collect bunches of flowers, candles and the money they bring to Saint Lazarus, money which is then sent to the leper colony that adjoins the institution, as has been announced on other occasions.

It isn’t strange to see members of other Christian movements coming to spread the good word about their own churches along the entire route to Rincon. But, it is strange to see a neighbor nearby the church announce: “Come and see a lamb with two heads, 4 eyes and 3 ears, along with a living dog with 6 legs,” as a circus attraction, which trivializes the event. 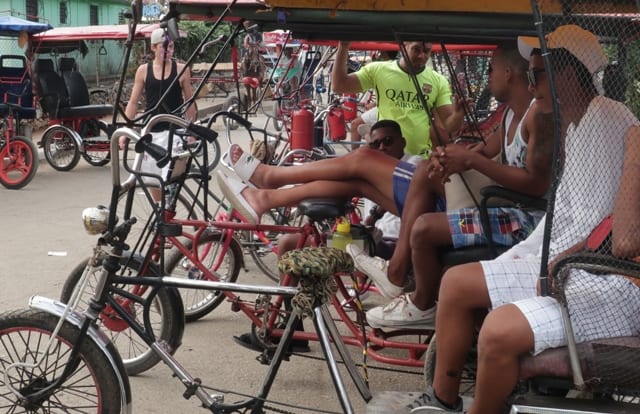 On the other hand, food and soft drinks are sold, as well as bicycle hire, which isn’t very popular, as most people prefer to walk, I mean, make the pilgrimage.

Meanwhile, between crowded and less crowded moments, the grateful people who come because the Saint stood by their promise, fill the streets of this town, ensuring that it is in a better financial situation for New Year’s.

Certain people used to complain about saints being changed at the altar and that the Fountain was closed, only having access to a common washing area where people piled on top of each other.

But there’s no denying that Saint Lazarus is present in the lives of Cubans at many times throughout the year, whether that’s December 16th and 17th, 1st, 29th or 31st, and he is present in some people’s lives every day for the rest of their lives.