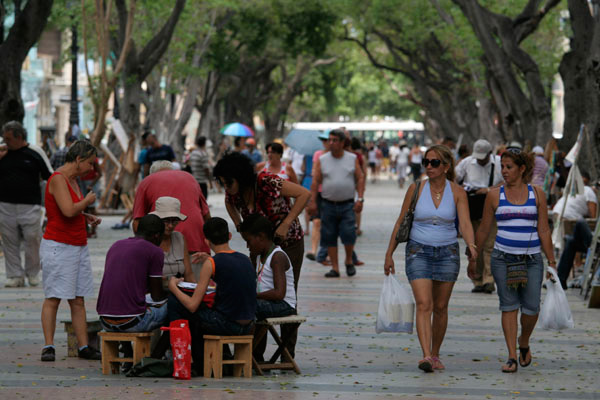 HAVANA TIMES — In these days of intense heat – when thermometers register temperatures above 30º C – residents of Havana go out in search of places where they can evade the scorching sun.

The city’s majestic Prado promenade invites strollers to rest and give in to the day’s weariness. Fleeing the stifling heat, I went in search of some respite, like many others, towards the benches of the welcoming tree-lined avenue, where I was able to get some rest. Little by little, the breeze appeased my senses, overwhelmed by the heat, and, in the new-found calm, I was able to appreciate all of the details of this legendary place. Our daily haste can often blind us to our surroundings, to the treasures of the city’s architecture most of all. 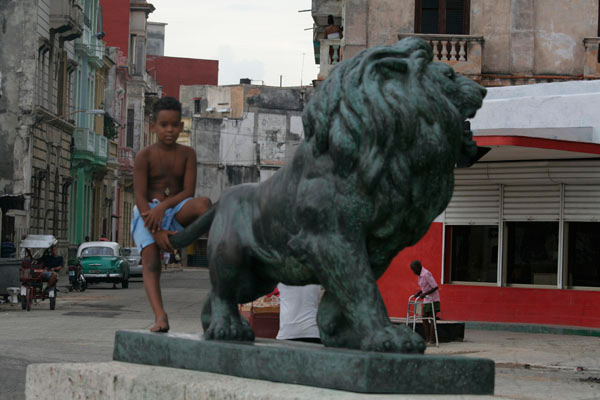 Extending from the ocean drive to Old Havana’s Fuente de la India (“Indian Fountain”), the Prado promenade, the first such avenue built outside the city’s fortified walls, began to be constructed in 1772 as an initiative of the Marques de la Torre. It was later improved by Luis de las Casas and the Count of Santa Clara. General Tacon is responsible for its subsequent broadening. The promenade was also modified to accommodate the construction of Old Havana’s Parque Central, Parque de la Fraternidad and the renowned Capitol building.

The Prado promenade is characterized by a neo-classical designs. It boasts marble benches beset by sculpted cups and is illumined by street-lamps adorned with mythological motifs. At all four corners of each of the avenue’s sections, we find bronze lions, seemingly custodying the surroundings, authored by French sculptor Jean Puiforcat and Cuban-born master caster Juan Comas, who used the metal from decommissioned cannons to forge the creatures.

The promenade, today the venue of the Imagen Tres (“Image Three”) Project – centered on music, visual arts ad graphic design – is a highly active place. There, young people and adults participate in art workshops and attend exhibitions. Artworks are sold and visual artists, photographers, sculptors and craftspeople gather there, among the constant traffic of passersby. 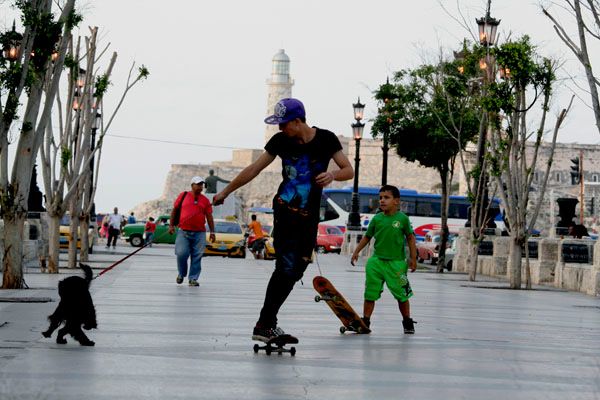 People looking to swap or sell homes meet in the stretch of avenue between Colon and Malecon streets. Gathering beneath the vegetation there to shield themselves from the merciless sun, they come from distant places in the city to review the options available.

In other areas, young people ride their skateboards or carts, performing complex and intrepid moves.

The atmosphere is enlivened by the sounds of passing cars, the street cries of vendors selling snacks and the warbling of birds who have settled in the canopies of the trees that line the promenade.

The Paseo promenade is a place full of memories and longings. For those here and abroad, it will continue to be – like its lions – a silent witness of time.