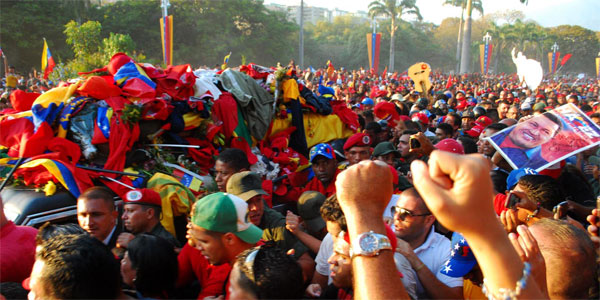 HAVANA TIMES — Millions of people, deeply filled with sadness, accompanied Hugo Chavez yesterday from the hospital where he died on Tuesday to the Caracas Military Academy, where he will be paid tribute to through Friday. 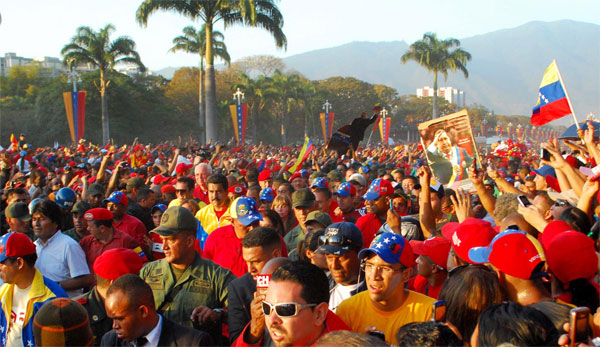 Leading the procession were interim President Nicolas Maduro and Bolivia’s Evo Morales, along with family members and supporters. 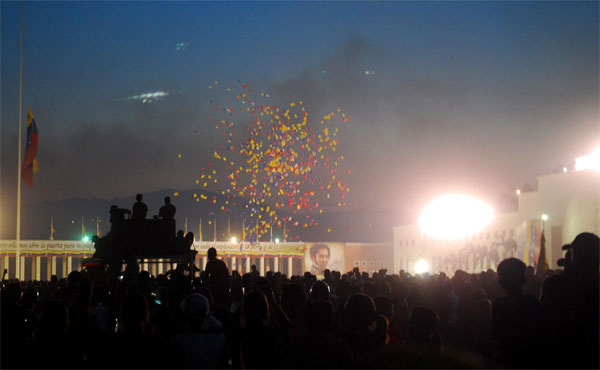 It was more than five hours of walking under a cloudless sky and unrelenting bright sun, but those who followed him, or were waiting along the path to see him pass by, not only withstood the heat, but most waited until nightfall to pay their last tribute to their president.