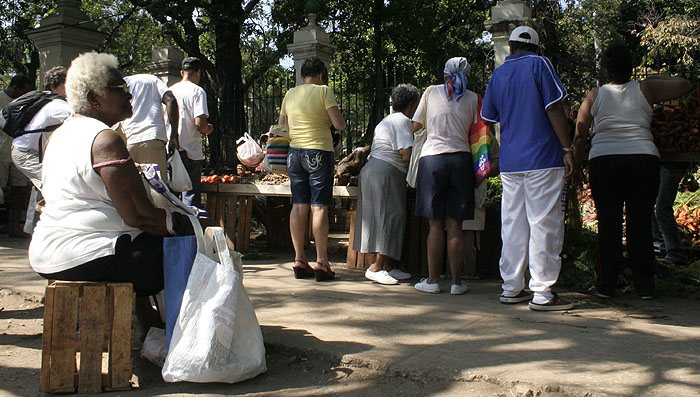 HAVANA TIMES, March 7 — Special markets (known as agricultural fairs) are being held in all the municipalities of the capital on the last weekend of the month (on Friday, Saturday and Sunday). The rest of the month, government-run markets and smaller but much more expensive ones can be found in the neighborhoods.

Currently, three products that Cubans like are coming onto the market.

One is the potato, a main dish on the family table. This staple is grown only by the state and by some cooperatives in Havana, as well as in a few provinces that have suitable soils for its cultivation. In some areas this vegetable is fairly scarce, especially on the east side of the island.

This season’s tomato crop was a big success due to the campaign encouraging private producers and cooperatives to produce more – and it worked!

Garlic is the third product that people were be able to find at the last end-of-the-month markets. This product is raised in the capital city itself and in the majority of the provinces.

During this season of the year there is also an abundance of vegetables such as cabbage, carrots, beets, chard and lettuce.

In summer, due to the heat of our climate, only those vegetables that are most resistant to the high temperatures can be harvested.