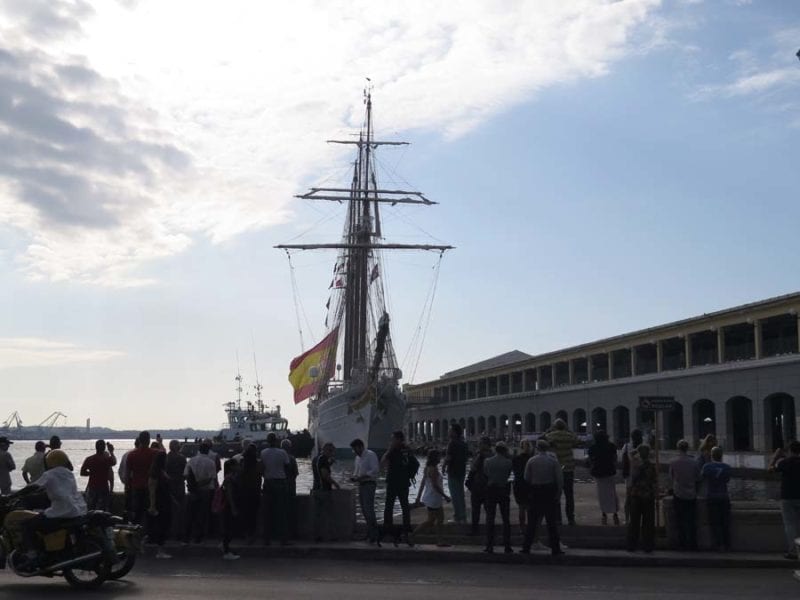 HAVANA TIMES — The twenty-one cannon salute announced the arrival at the port of Havana of the Spanish training ship Juan Sebastian de Elcano to the eyes of onlookers including the press.

The Bergantin-Goleta, which arrived on May 11, was open for inspection by the interested Cuban population during days of May 12-15.  This is his second visit to the island, the first being in 2012.

Bearing the name of the Spanish sailor who in 1522 went around the world for the first time and conceived as a Navy training ship, the vessel was launched into the water in 1927.

After years in which the Port of Havana suffered from an alarming seafaring calm, today the bustle at the entrance with the visit of large vessels is a breath of fresh air to the capital.