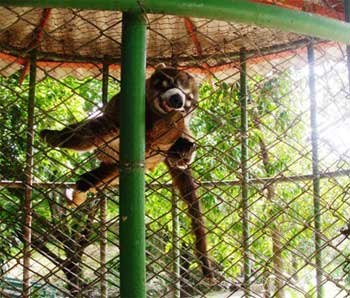 HAVANA TIMES, April 25 — The term “zoo” itself describes a cultural attitude of human supremacy, which according to some researchers has prevailed since antiquity.

Since those ancient times, artificial “menageries” were created by humans to keep and exhibit exotic non-domestic animals, though these were not common in all regions of the planet.

From distant lands, animals were hunted, confined in those menageries and displayed to the public.

However, according to certain standards of today, the legal concept of a zoo has to do with their characteristics and not with the names that have historically defined them.

An example of this is the new concept of theme parks or gardens, which not only seek to put animals on display, but also take care of and maintain them in a more natural habitat while contributing to their conservation and the breeding of various species for their reproduction and for ongoing scientific study.

Zoos are now meant to convey a new definition of “conservation” based on viable genome – not the traditional concept of public parks in which captive animals are on display mainly for recreational purposes.

Cuba has several zoos, including its most distinguished: the Havana National Zoo. It differs from those facilities in the rest of the country because the animals there — those whose lifestyles so permit — coexist in a relatively unrestricted community. This installation also promotes various conservation projects and efforts aimed at promoting ecology and the environment. 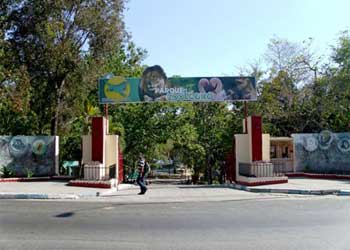 The second largest zoo on the island is in the city of Santiago de Cuba. Built over half a century ago and covering a several acre area, it’s a theme park with an environmental character offering an experience of contact with nature and culture. This can be noted in the distinctive personalities possessed by each one of its inhabitants.

The help of the former socialist bloc nations and Cuba’s collaborations in Africa enabled the collecting of fine exhibits featuring giraffes, elephants, hippopotamuses, gorillas, pythons, brown bears and many other species.

Unfortunately, the passing of time and the inability to replace some of these specimens has meant many of the younger generations being unable to enjoy these.

Nonetheless, this park remains an attractive and charming meeting place full of flora and fauna, as well as a showcase of one hybrid, the first of its kind: the appealing “cebrasna” (zebras that crossed with Cuban donkeys on their own after having been being kept together in the same stables).

Through this photo-report, I want to invite you to the Santiago zoo. If by chance you happen to ever visit our city, you may wish to visit it.

One thought on “The Santiago de Cuba Zoo”