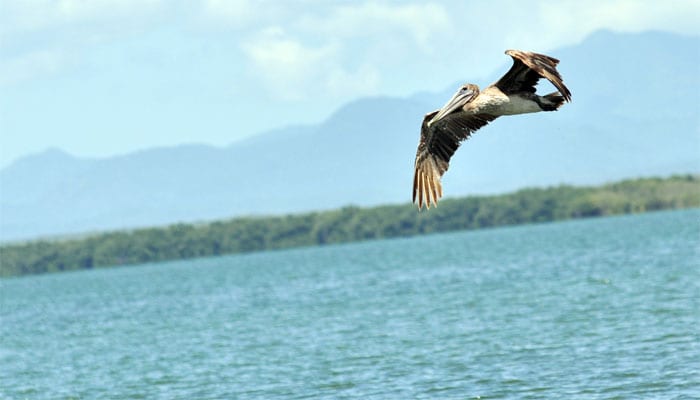 HAVANA TIMES — The Brown Pelican is an animal which can easily be spotted on our beaches or the Cuban coast. It’s characterized by the dark brown feathers which cover its body and it’s large wings, which allow it to skim across the water gracefully. It’s most striking feature has to be its large bill which is connected to a pouch where it keeps its food once it’s been caught near the water’s surface.

Every time I see them fish, their way of flying and the way they plung-dive bill first into the water once they attack their prey, little fish, always astonishes me. As if that wasn’t enough, this way of feeding themselves is often interrupted by other birds that try and take their food straight out of their bills. They don’t even let them enjoy their meal.

Law of survival has put these pelicans to the test and they’re constantly forced to find new strategies to get ahead of the sea gulls and their bothering.

In the following photos, I’ve documented moments of uncomfortable fishing where the Pelican is the key protagonist. 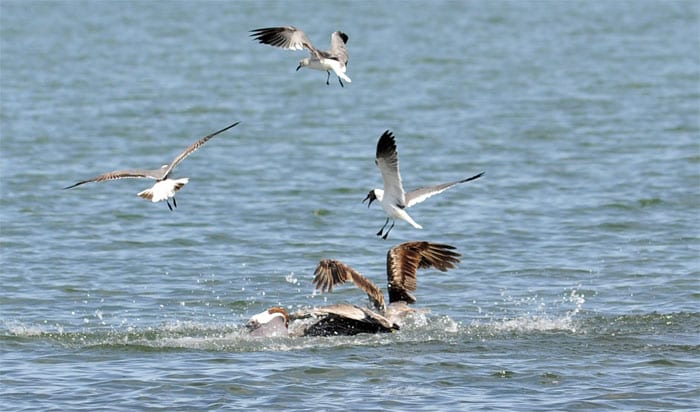