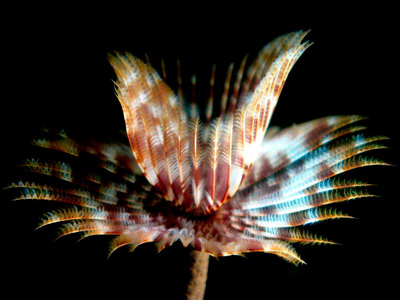 HAVANA TIMES — The polychaet I recently had in my aquarium is an amazing animal nearly everyone recognizes. It ended up in my fish tank on the request of my nephew who, scuba diving with me one day, suggested I take it home to marvel at its behavior.

These animals are easy to spot during a dive and they are so striking in their appearance that there isn’t a single scuba diver that hasn’t seen them up close. We often see them in documentaries about the ocean. I learned something very interesting about their behavior while I kept one in my aquarium.

The animal is a small underwater worm belonging to the Annelida phylum. It has feather-shaped tentacles which it uses to filter water in search of plankton. It is coated by a flexible tube which it exudes and protects it from predators – which is why they are commonly known as “tube worms.” 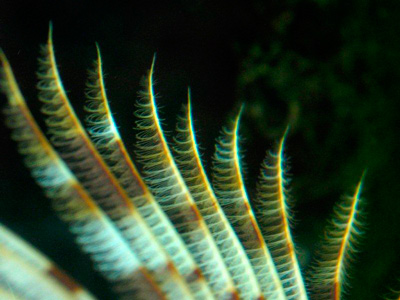 For some reason, the one I had recently stopped feeling at home in the fish tank and its feather-like tentacles appeared to shrivel up. I started to worry and planned to take it back to sea the next day. The following day, I went to see how it was doing and found the plumed tentacles had become detached from the trunk of the animal.

I went to the sea and placed the tube in the water, at a spot I could see. Something was telling me it wasn’t dead.

A week later, I returned to see how the animal that had been in my fish tank was doing and I was overjoyed to discover it had new feathered tentacles, as beautiful as the ones it had before, and, most importantly, that it was still alive.

A close relative of this animal is an extremophile that lives in the proximity of hydrothermal sources. They develop on the basis of mutualism with chemosynthetic bacteria that live in its tissues. These bacteria oxidize sulfur in order to produce energy and carbon in the absence of sunlight, at depths of up to 4,000 meters below sea level.