HAVANA TIMES – Alfredo is 80 years old and lives alone, on the top floor of a three-bedroom house in Havana’s Cayo Hueso neighborhood. According to Cubadebate, 15% of elderly adults in Cuba live alone. Before the pandemic, Alfredo made a living by renting out rooms to tourists, and he was used to always being around people from all over the world.

However, he handed in his rental license during the lockdown, and decided not to go back to work. He didn’t leave his house in the first two months of the pandemic, nor did he have any visitors to his home. The TV was his only company, which he hardly switched off and it kept him up-to-date with the latest COVID news and medical advances. A neighbor would run his errands for him and leave them at the foot of his staircase. He was so afraid of becoming infected and he knows that his age group is the most vulnerable.

In addition to the health complications caused by the disease and the fears that this induces, interpersonal relationships have changed drastically during lockdown. Many elderly persons’ mental and emotional health has been affected, and it’s possible that these effects may be long-lasting.

Forecasts from the National Office of Statistics and Information (ONEI) estimate that the number of Cubans aged 60+ will double from now up until 2050, when they will represent almost 40% of the population. The cause is linked to many factors: increased life expectancy, lower death rates, lower birth rates and a negative migration balance, to name a few.

Alfredo’s loneliness correlates with a history of migration, which is the same for many Cubans. He has five children: three living in Havana’s outskirts and two have migrated. His only son was one of the many rafter people who dared to take to the sea on an adventure to reach US soil in 1994. Amy, his youngest daughter, made her way after a long journey that took her first to Russia and then to the Czech Republic, to then cross the whole of Europe by train and then arriving in Spain, crossing the Atlantic to Mexico, and then reaching the US in 2004. Alfredo didn’t know about his children’s intentions to migrate, in neither case, until they had reached their final destination and told him.

Videocalling Amalia, his wife, is part of his everyday routine. Amalia is in Miami helping their daughter Amy, who is a single mother, to raise her children and help out with household chores. It’s been two years now since Alfredo and Amalia have seen each other. She managed to get US residency under the Cuban Adjustment Act, after being in lockdown at home for a year. When she was finally able to travel to Cuba to visit Alfredo, the pandemic came as well as its travel restrictions.

At 6 PM, when the alarm on his phone rings and tells him it’s time to buy bread, Alfredo checks a piece of paper that is stuck to the door on the stairs. It’s a reminder of all the things he has to do before leaving the house: picking up his keys, mask, money and dialling *21 to transfer landline calls to his cellphone. Pieces of paper with lists and reminders are his way of sidestepping his bad memory.

Below are the pictures in gallery format. 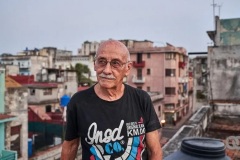 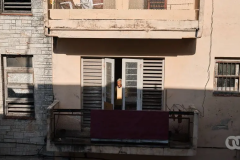 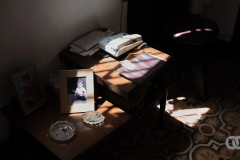 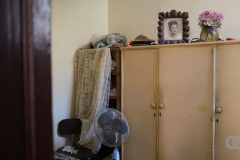 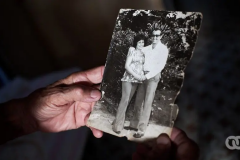 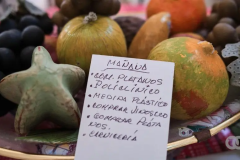 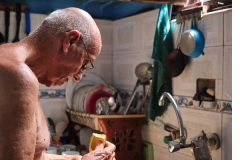 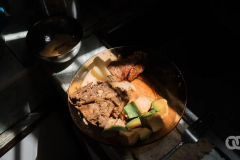 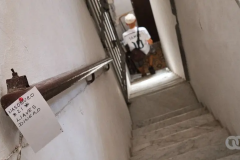 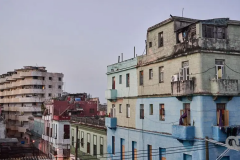 Thousands of Cubans Looking Towards a Nicaragua “Paradise”

What Am I Doing Here in Cuba?