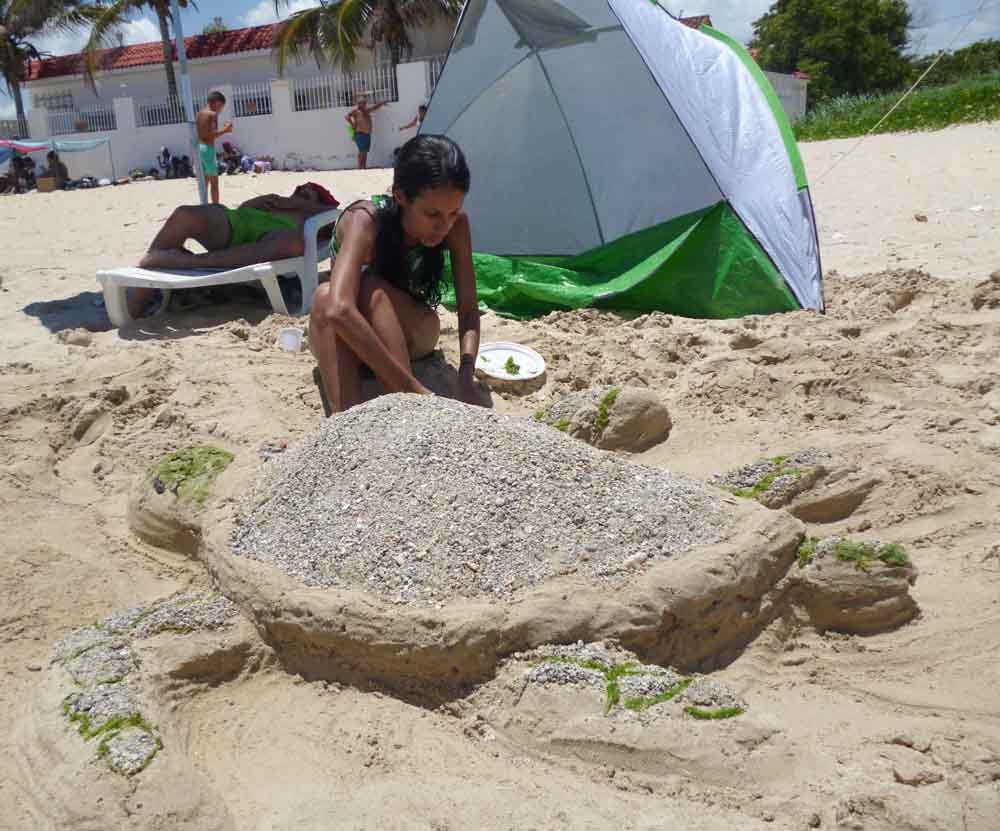 HAVANA TIMES – With summer here, the Guanabo sand sculpture event has launched in the east of the capital. This year, the 16th edition, is calling on children, young people and adults for an arduous day of work and sun, so as to salvage the former Fiestas del Mar (Seaside Celebrations), which embellished Havana’s coastline before 1959.

This year, activities were included as part of the Guanabo Founding celebrations. On Sunday July 28th, artists and the public came together in a creative atmosphere where imagination was given wings and sculptures were left on the sand: from a lighthouse to the most diverse sea creatures.

In spite of the constant stream of bathers, who sometimes didn’t stop to look at the figures, the event ended with an awards ceremony and children and young people took their prizes home.

The jury was composed of renowned artists in the municipality, as well as prize-winners in different categories, giving mentions to encourage the talent of new participants.