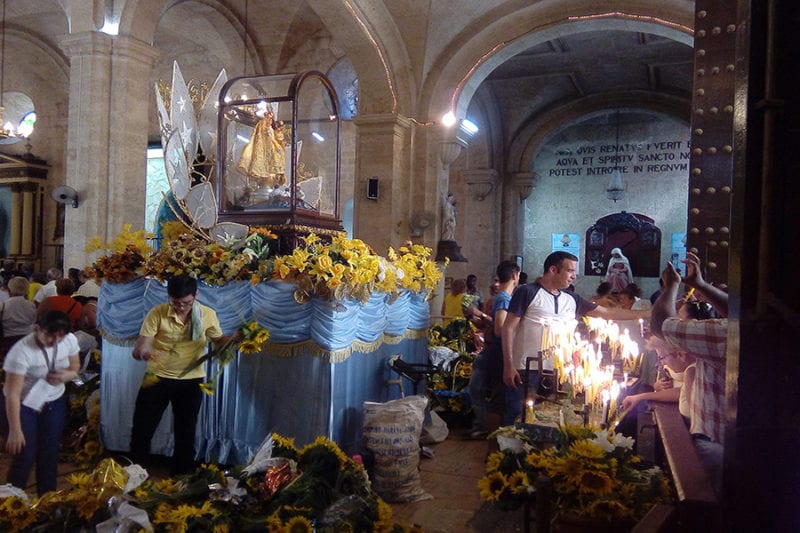 HAVANA TIMES – September 8th is the date on which the Virgin of the Charity del Cobre, Patroness of Cuba, is venerated. According to tradition, the image of the saint was found in the Bay of Nipe at the beginning of the 17th century, and the El Cobre Sanctuary was built for its veneration in Santiago de Cuba, where its worship began.

In Havana, in 1802 began the building of the temple located on Manrique St. between Salud and Dragones streets, with Neoclassical and Baroque styles, it was blessed with the title of Guadalupe by Havana bishop Espada y Landa, in 1814. 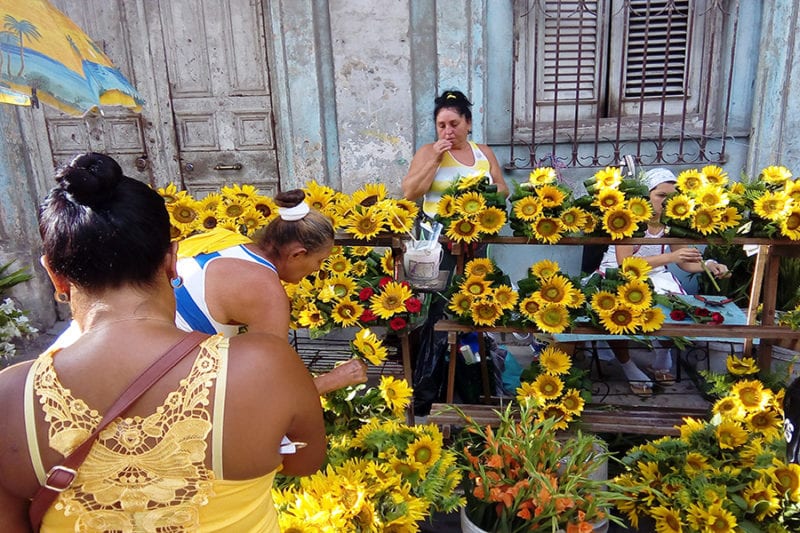 From then it became known by that name, until in 1913 at the initiative of America Arias de Gomez, was dedicated to Our Lady of Charity, for disposition of Pope San Pío X. After a major restoration, it was reopened December 8, 1954, as the sanctuary of the capital.

On Sept. 8, the day before Hurricane Irma caused disasters in the capital, devotees of the virgin gathered in this temple from early hours; Catholics and practitioners of the Afro-Cuban religion, bringing sunflowers her favorite, and lighting a candle.

3 thoughts on “The Virgin of Charity in Centro Habana”