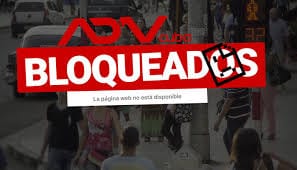 HAVANA TIMES – Access to the audio-visual on-line magazine ADNCUBA (Cuba’s DNA), was blocked today by the Cuban government to prevent anyone in Cuba from accessing and seeing the website as confirmed by contributors and readers.

This blockade and digital censorship coincides with the publication in the Cuban newspaper, Gaceta de Cuba, of a series of resolutions purported to guarantee “computer security” in Cuba. The new measures purport to give the Cuban government a legal basis for censorship by prohibiting Cuban citizens from “disseminating information contrary to the social interest”… “through public data transmission networks”- meaning it is now illegal in Cuba for any Cubans to send emails or use social media or any other form of electronic communication to share any information that the Cuban government does not want the public to see, hear or learn about.

These new resolutions are in violation of Article 19 of the Universal Declaration of Human Rights.  Article 19 recognizes that all individuals “have the right to freedom of opinion and expression; this right includes freedom to hold opinions without interference and to seek, receive and impart information and ideas through any media and regardless of frontiers”

The non-profit organization, Reporters Without Borders classified Cuba as No. 168 out of 180 countries in the world ranking of Press Freedom in 2019- meaning there are only 12 countries (such as North Korea and Iran that have more restrictions).

Other recent Cuban government resolutions ban the hosting of Cuban websites on international servers- such as Google and Amazon, and give the Cuban Armed Forces and Interior ministries, fundamental control over what the Cuban government now calls the   “computerization of society.”

Since the expansion of Internet access in Cuba, many more Cubans were beginning to access  a much more diverse information landscape than the one presented by Cuba’s official media, with its heavily controlled and censored outlets.  The blocking of access to ADN Cuba and the new resolutions about “computer security” clearly appear to be the efforts of a government trying to keep its monopoly over information in a world of new technologies.

According to Ms. Martinez, Cuban citizens have been complaining that the Cuban government is trying to make independent media such as ADN Cuba and the others on the blacklist self-censor and violate journalistic values in favor of echoing the propaganda of the Communist Party that still rules Cuba.

To circumvent this kind of censorship, ADN CUBA has been encouraging its followers in Cuba to keep abreast of news and to see videos from Cuban correspondents in Cuba via the Telegram app by following the link: https://t.me/ADNCUBA. ADN Cuba has also been recommending use of the “Opera” browser for people living inside countries that censor the internet and activating the Opera browser’s integrated free VPN tool for iOS and Android systems, meaning the free virtual private network tool allowing access from inside censored countries to apple and android phones.