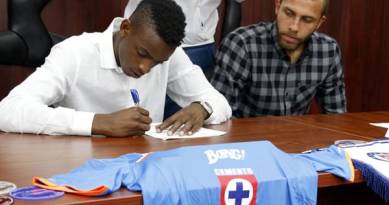 Several sports had begun slowly taking steps towards joining the professional world, but Cuban soccer appeared reluctant to take advantage of the reform process launched by the government at the close of 2013. Ultimately, Cuba agreed to a couple of contracts, those of 22-year-olds Maykel Reyes and Abel Martinez, who joined the Mexican club Cruz Azul.