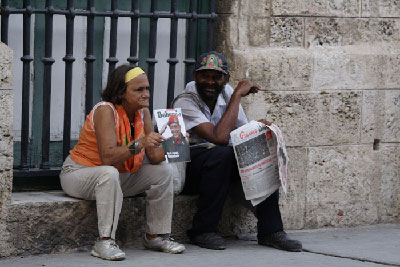 HAVANA TIMES — Reading Granma’s cultural pages recently, I came across two things that would not have caught my attention had they been published separately. Seeing them in the same news piece, however, made me think my eyes were deceiving me: beneath a headline that read “Cuba Holds Gala against Homophobia”, the article featured a photo of Rene Gonzalez, one of the Cuban Five, next to Mariela Castro.

I wasn’t dreaming: before opening the gala, Cuba’s National Center for Sexual Education (CENESEX) and LGTB-HI movement had given the Cuban Five a special token of acknowledgment, which Gonzalez accepted on his own behalf and that of the remaining imprisoned members of the group.

I couldn’t help asking myself what the fight against homophobia has to do with the Cuban Five, as they are known around the world. The words pronounced by Gonzalez on receiving the award appear to answer this question: “We’re involved in a struggle against attitudes that have made many people suffer. The suffering over being deprived of our freedom unites us. All forms of discrimination and of depriving people of their freedom must be eliminated.”

I had expected the gay rights movement and Center for Sexual Education to offer this award to someone who had been sent to one of Cuba’s Military Units for Aid in Production (UMAP) in the 60s and had remained in the country to tell their story, or someone who, homosexual or not, had devoted outstanding efforts to the struggle against discrimination based on sexual orientation. 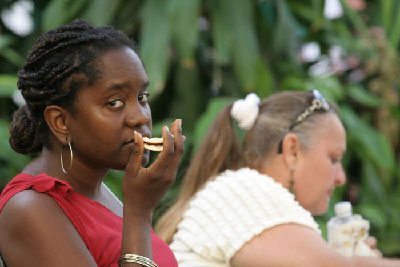 I know I haven’t the slightest right to question who the CENESEX and Cuban LGTB-HI chose to acknowledge, for whatever reasons they deem appropriate. What’s more, I shouldn’t be so surprised, not when slogans such as “No to homophobia, yes to socialism” are being yelled out, even though it was a socialist system which sent homosexuals to forced labor camps and expelled them from workplaces and educational institutions.

Today, more than acknowledge and rectify past mistakes, our government seeks to keep abreast of the times, to catch up to the 21st century. In this century, it is considered politically incorrect to be a homophobe or a racist.

In addition to this, in contrast to the times when it was thought that being a homosexual was tantamount to being a counterrevolutionary (by counterrevolutionary, I mean a person who did not support the government), today our leaders have noticed that someone can be homosexual, bisexual or transgender and revolutionary (that is, in favor of the government, the Party and the continuation of Cuba’s socialist model) all at once.

A person who’s homosexual, bisexual or transgender can also yell out slogans such as “No to homophobia, yes to socialism.”

That said, I cannot help but identify with the words spoken by Rene Gonzalez; I want to believe that they are sincere. What I’m curious about, though, is this: since when does he think it’s necessary to fight against these attitudes that have made so many people suffer, attitudes which were part and parcel of our government’s former policies? 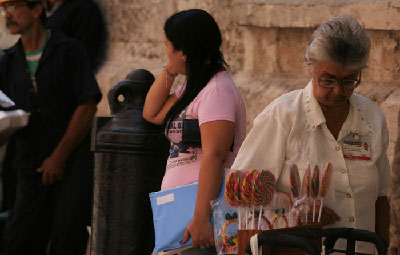 I can agree with the idea that the suffering over being deprived of one’s freedom can unite human beings, even when the nature of the freedom one is deprived of is different, provided we are able to walk in someone else’s shoes.

Is it safe to assume that Rene Gonzalez feels that having been deprived of his freedom somehow brings him closer to those who were deprived of it in 2003, during Cuba’s so-called Black Spring, to those who have endured this because of their criticisms of the government?

I completely support the statement that we must eliminate all forms of discrimination and of depriving people of their freedom.

My question is whether Rene Gonzalez is also thinking of freedom of the press, expression and association when he speaks of restrictions that must be eliminated, for, as they are referred to in our Constitution, where they are recognized only within the framework of socialism, they are not yet freedoms.

Those who disagree with the statement that these freedoms do not exist in Cuba resort to the argument that they do not exist anywhere in the world, or that their existence does not guarantee that a country is democratic.

I can’t say whether these freedoms are illusory the world over, for I haven’t traveled outside of Cuba. But, even if that’s the case, I don’t believe that is a strong enough argument to make us resign ourselves to living without such freedoms.

I concur with the idea that freedom of the press, expression and association do not guarantee the existence of democracy, in and of themselves. But I am convinced democracy cannot exist without them.

Is Rene Gonzalez willing to recognize that everyone, including those who oppose the government and the system he defends, are entitled to these freedoms?

There’s a phrase I try never to forget: “I disapprove of what you say, but I will defend to the death your right to say it.”

It is not a question of supporting the ideas expressed by Yoani Sanchez, but of defending her right to express them and of ensuring the Cuban people, the common Cuban, can be exposed to them directly.

It is not a question of affiliating oneself to the party Eliecer Avila wants to found, but of defending his right, as a citizen who is unsatisfied with the country’s existing party structure (both official and unrecognized), to create his own.

It is not a question of disagreeing with the Cuban government, but of recognizing the right of people to do so. Today, though many important things remain to be done, it is not so difficult to oppose discrimination based on sexual orientation. But men and women need more than sexual freedom in order to live happily.

I can only hope Rene Gonzalez will be able to act in accordance with his words. It is a great challenge.

4 thoughts on “Cuba: Eliminating All Forms of Discrimination and Restoring Freedoms”