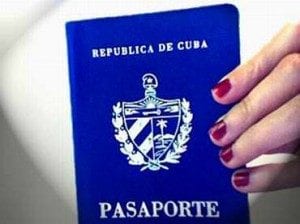 HAVANA TIMES — Going to Nestor’s house is one of those things which makes you want to have a good conversation. This time, the conversation focused around the departure of Pucho, who “threw himself” from here – Cuba – towards Guyana and then onto Brazil, in November.

He was going to cross the jungle when the “Teacher” – who was accompanying him in a taxi – last saw him leaving with a trafficker and two men from Holguin (an Eastern province in Cuba), who he came across by chance, just like the law of attraction knows how to bring people together.

The “Teacher” – Ernesto’s neighbor – was given this nickname because of his most beneficial job, he is an English teacher and he was on a trip to Guyana, where he returned telling Pucho’s story. Some say that the Teacher goes on a trip to visit a family member from time to time, others say that he goes to buy goods that can easily be found wherever he goes and brings them back to Cuba.

Everybody who knows him in the neighborhood were on tenterhooks waiting for news about Pucho, who they already knew was in Brazil and waiting for a work permit, which encourages some people here as they were afraid for his life, basing themselves on the news of Cuban deaths relating to the words “jungle” and “trafficker”.

According to Nestor, Pucho’s father decided to help, in fulfilling his wishes for a better future for his son and maybe, as a debt to himself, since h felt that he could no longer travel.

The man sold his car, a car which he had had since the time of Socialists, and with some of this money, which was exactly what he needed to arrive, Pucho set off on his adventure.

According to rumors in the neighborhood, another route was also added – the Caribbean and then a third country – which had been previously taken by two young people, a girl present added. That’s when Pucho did his research with the mother of one who had left for Trinidad and Tobago, to learn the steps that her son followed.

Among those who want to leave the island, those who have assets which guarantee them money for the journey and their initial days in their new country particularly stand out. The for sale ads, according to general opinion, are a part of the symptom of those who sell so they can leave the country.

“It’s gambling everything for everything, but if things go really badly over there, where do you return?” stated Nestor questioning this, who has a “squat” living space in Alamar, which is illegal but is still worth money. That is to say, that he could sell this to any “immigrant” to Havana or to any “crazy person” who would be interested.

Now, it’s Nestor himself who has the renewed dream of leaving the island, who currently sees this as something he can do, particularly when several friends successfully embarked on their escape journeys from Cuba via the Caribbean or Central America, using the travel agreements that Cuba has with some of its nearby countries.

It’s not always a way to get to the US, Cubans have been discovering other places where they can live better in Latin America when compared to Cuba, and they set off towards these places with their lives on their back, searching for work and a life where their salary corresponds to the basic needs to survive and which is what they need, in principle.

Many of them might be able to get their families to follow them like they first thought, some may have to travel through several countries before they finally decide to settle; others will reach the United States, but all of them have the belief that here in Cuba they don’t have the chance to prove their worth in the pursuit of a better future or a solid life which will allow them to climb the social ladder, believing they can.

3 thoughts on “Emigrating with Assets Converted into Liquid Money, Burning Bridges in Cuba”