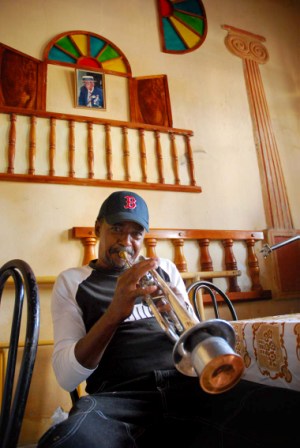 HAVANA TIMES, August 20 — Claiming to be the “largest travel service provider to Cuba,” Marazul Charters is gearing up for a possible boom in travel to the Caribbean island if rumors that President Obama will allow greater access to some US citizens prove true.

In a press release issued today, the company said it “welcomes the reports that President Obama intends to broaden the existing categories and reinstate previous categories of travel to Cuba.”

Organized groups and certain professionals were allowed to skirt the US travel ban on Cuba under the Clinton government but all that changed with the administration of George W. Bush, who also brought a halt to visits to the US by Cuban academics, musicians, etc.

“Our country has no travel restrictions on any other country in the world, and Marazul believes it’s past time to transcend the stale policies of yesterday and create new foundations of communication and understanding between our two countries,” said Marazul executive Bob Guild.

Marazul, founded in 1979, has offices in Miami and New Jersey and operates daily charter flights from Miami to Havana.  Currently Cuban-Americans are the only US citizens the US government allows to freely visit Cuba.

The company “has assisted people-to-people, cultural, academic, religious, and agricultural programs, as well as family visits to Cuba.”

“This policy change would reflect the overwhelming desire of the US people, including Cuban-Americans, to finally end the travel ban,” says Bob Guild.  “Instead of having our travel used as a foreign policy tool, the people of our country would finally be able to share ideas and experiences with the people of Cuba, a right that the rest of the world has enjoyed freely.”

If Obama allows certain Americans to visit Cuba the travel ban would still remain on ordinary individual US citizens.

Nonetheless, several bills are currently stalled in Congress that would allow for travel for all US citizens to Cuba, but none have made it out of committee and on to the House or Senate floor.

Meanwhile, Cuba maintains a policy of openness towards foreign visitors.