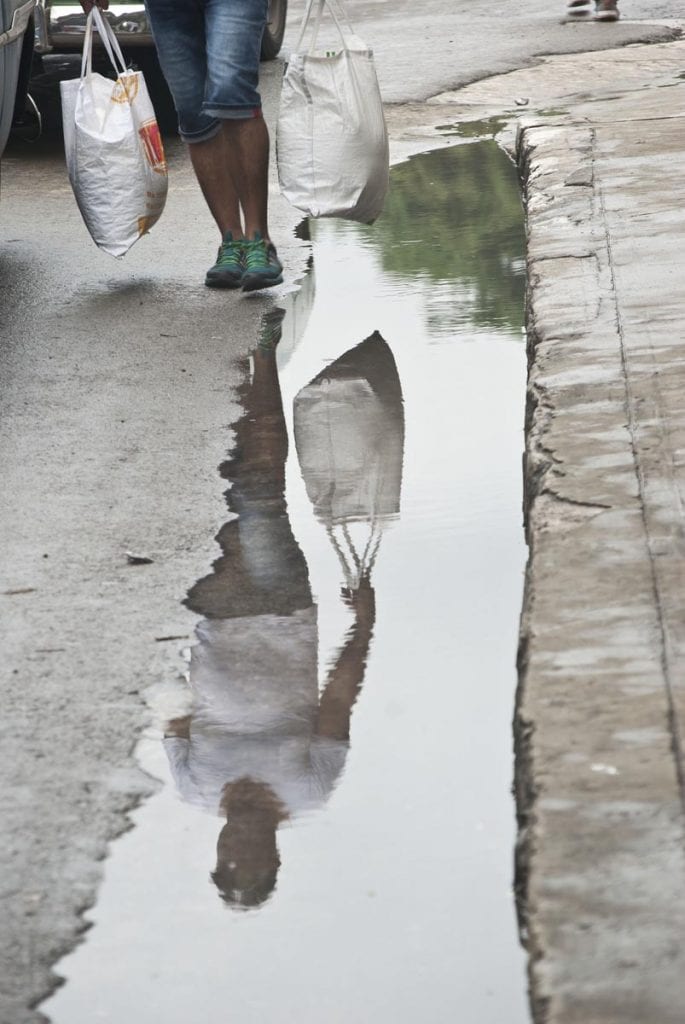 HAVANA TIMES – A few decades ago Migdalia left her job as a nurse, now she dedicates the mornings to accompany her granddaughter to school; then goes by the market and/or the pharmacy to make the purchase of the day.

By eleven o’clock she is already in front of the stove, guaranteeing her 101-year-old mother’s lunch, and in the afternoons she can be found at the sewing machine. Migdalia is 73 and does not know what the International Women’s Strike called for today March 8th is about.

We Cubans also have reasons to join this initiative against sexist violence and in favor of eliminating discrimination in all its forms. The objective is to make visible the important work that women do and, most of the time, goes unpaid. Often, we ourselves don’t even give it its proper value. But Migdalia, like so many other Cubans, does not have access to the internet, she must inform herself with what the government’s television says, and it doesn’t say much.

This year actions are planned in more than 70 places in the world: marches, demonstrations, strikes.

Nuria an office employee at a perfume company warns me, Beware of that word (strike), it can cost you dearly. Production only stops here for lack of raw materials or for some activity oriented from above. I agree with the strike, but I could run into serious problems if I observed it. If the FMC (Cuban Women’s Federation) orders you to do it that would be different.”

Dagmara is 20, and already has two without studying or working. She left the pre-university in the last year, lacking emotional and legal tools to combat the sexual harassment of two teachers. She went to work in a kiosk where they paid 50 pesos a day and customers gave good tips only “for being beautiful,” not for her good work performance. She adds, “Men are always going to flatter a woman, that is normal, but some go too far and are shameless.” 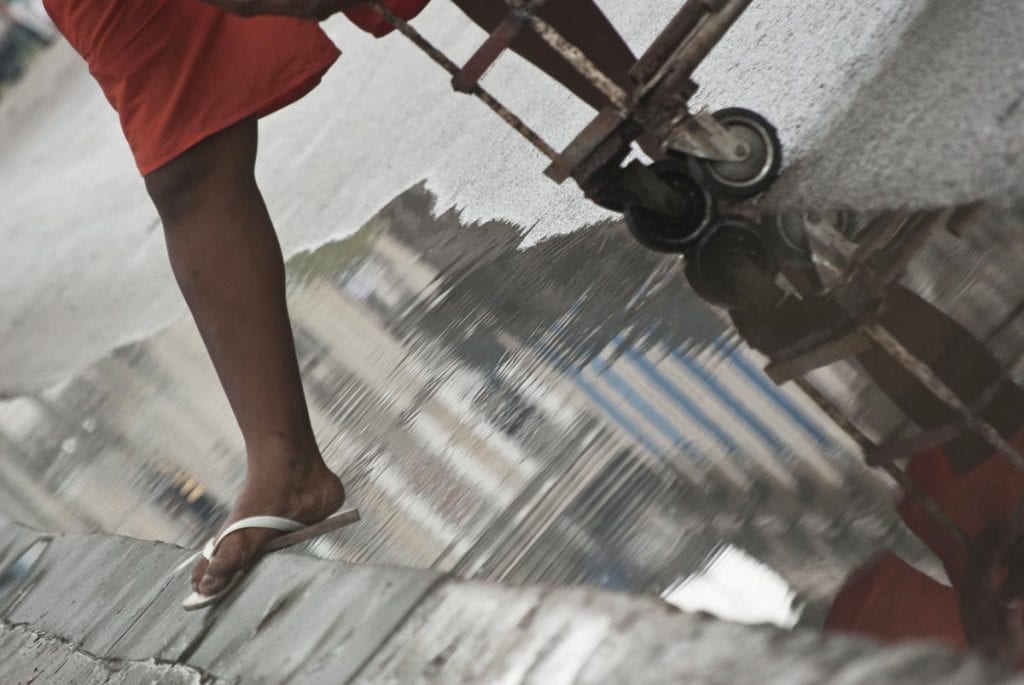 Gloria, a worker at a food processing center, says: “Look, here the protest has to be for improving salaries which don’t amount to anything.”  When I tell her that in many countries, women earn less than men for doing the same job, she grimaces and insists: “Oh well, here we are even in the misery.”

Margarita did everything so that her son did not enter the Mandatory Military Service. She does not usually tell lies, but for her son she does “anything”. She invented diseases that the boy doesn’t have and made good gifts to the right people. She was “victorious” because she did not want to see her son with a rifle in his hands.

These are some Cuban women who live on the margin of gender studies and the academic world. They are amazed when they hear about the women’s rights marches and protests of the last century. They do not know that the divorce law and the right to vote in Cuba were won before the revolution. Likewise, they do not know what the Ladies in White are asking for when they go out and march, but many say they feel like hitting them when they see them.

For me, a good way to celebrate this date would be to inform the women and men around us about the strike, why it is important, what we have in Cuba that other countries have not achieved, and what we should/want to change. Discuss, inform and learn, because often it is not about people wanting or preferring something, but rather that they are unaware that there are other ways of doing things. 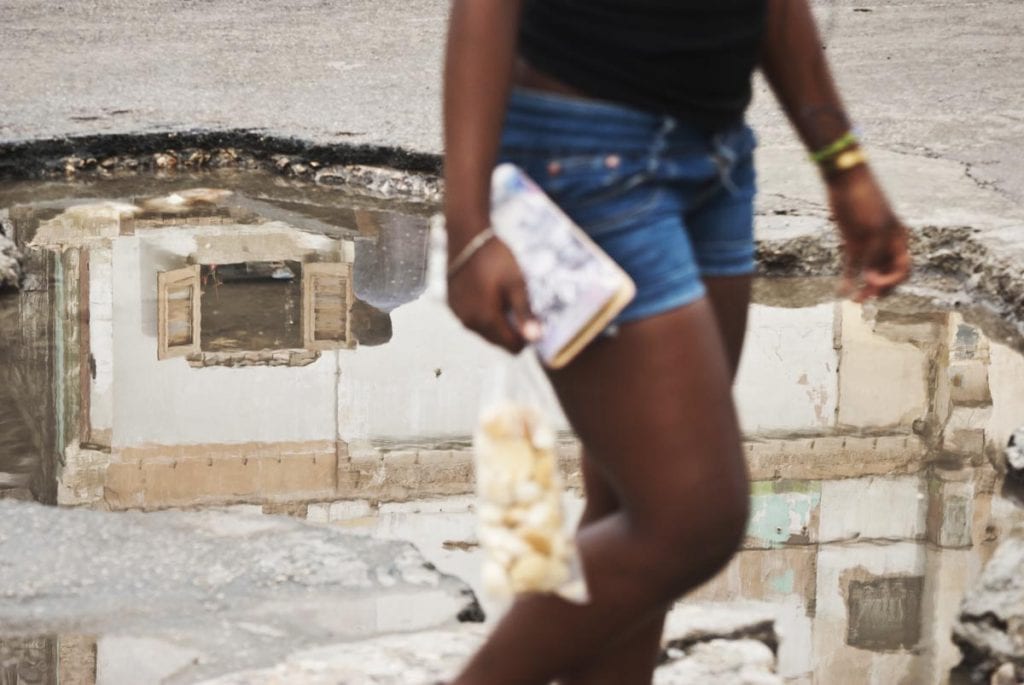 You have to think about how to make Dagmara understand that harassment should not be “normal” and that beauty is a concept that goes beyond the external, that it is better to be valued in terms of what we are and not how they see you. Or that Margarita understands that Military Service not only affects her family, but that many young people are separated from their studies to learn or reaffirm macho and authoritarian attitudes that they will later practice in their interpersonal relationships.

Within a few days, Cuba will be the country with the second largest female presence in its legislature. Of the 605 seats, 52% are women. The struggle must be that these women really represent us, that they are not just a figure that is diluted in the unanimity of criteria when making decisions.

One of the first things to keep in mind is to eliminate abuse as a State policy. The problem of male violence continues to be categorized under the phrase “crime of passion”, hiding the figures of murder due to gender issues or the punishment of the perpetrators. The victims of violence do not have a safe place to stay away from their aggressors, who often only have to pay small fines.

Meanwhile, we continue to allow the beating and repression of women (or any human being) for claiming their rights, for thinking differently. That is a shame that accompanies us not only this March 8th, although some are unaware and others avoid the issue.