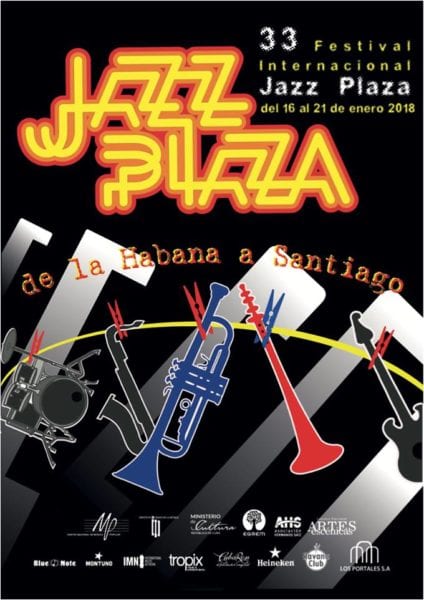 HAVANA TIMES – Jazz Plaza 2018 kicked off Tuesday in Havana and some fifty artists from various nations are attending the festival. The 33rd edition of the event began with a concert by Bobby Carcasses, along with his new orchestra Afroswing, at the Sala Avellaneda of the National Theater of Cuba.

The National Theater venue will also be the setting for other memorable concerts featuring Chucho Valdes, in the company of family and friends; a presentation by the US singer Dee Dee Bridgewater, together with Teo Craker and Dvrk Funk; the celebration of 30 years of artistic career of Cesar Lopez and Habana Ensemble; a concert by US saxophonist Joe Lovano, with the Amadeo Roldan Conservatory Symphony and the Young Jazz Band, directed by Joaquin Betancourt for twenty years.

A presentation of the Buena Vista Social Club is highly anticipated, with the presence of Omara Portuondo, Eliades Ochoa, Barbarito Torres, Amado and Idania Valdes, Giraldo Piloto and Klímax and Friends.

On Sunday the 21st there will be a closing gala, also at the National Theater with the presentation of Roberto Fonseca, X Alfonso, famous dancer Carlos Acosta, Carlos Alfonso and Ele Valdes.

Among the most attractive concerts to be held in the Covarrubias hall of the National Theater is on Friday the 19th with the presence of the Orquesta Aragon and saxophonist Michel Herrera with Orlando Valle “Maraca”, Alain Pérez, Jesús Pelayo, El Noro and several young jazz players.

The Mella Theater featured Roberto Carlos “Cucurucho” Valdes on Tuesday premiering the musical themes of his most recent album; On Thursday January 18, singer Dayme Arocena, Manolito Simonet and the US pianist, composer and producer Ray Chew will launch the project “Two beat one soul.” On Saturday the 20th, pianist Alejandro Falcon will make available to the public his new album “Mi monte espiritual” (My spiritual mountain). 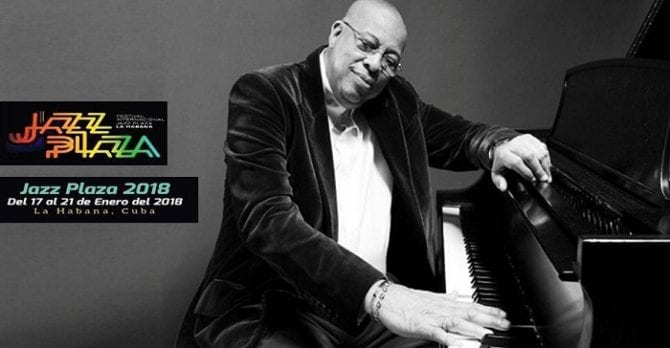 As each year in Jazz Plaza, there will jam sessions at the Mella Theater gardens and concerts at the Plaza Cultura Center (where the festival had its origins). Other sub-venues that will also be hosting jazz are The Abelardo Estorino room of the Ministry of Culture, the Cuba Pavilion, the Yara Cinema Portal, Bule bar 66, the Theater of the National Museum of Fine Arts, the Miramar Café and the University of the Arts (ISA).

In Santiago de Cuba, Jazz Plaza will begin tonight (Wednesday) at 9 pm with a concert by Omara Portuondo, at the Marti Theater. Other Santiago venues including the Dolores Hall and Park, the Iris Jazz Club and the courtyard of the Cuban Writers and Artists Association venue in that eastern province.

This is the second year that Santiago de Cuba is a co-venue for Jazz Plaza.

Back in Havana, the Fabrica de Arte Cubano will host, between January 17-20, classes, tributes and other activities of the Jazz Plaza colloquium, organized by musicologist Nerys Gonzalez Bello.

During the days of the festival young Cuban jazz players will take part in marching bands along the busy 23rd street of Havana’s Vedado district.