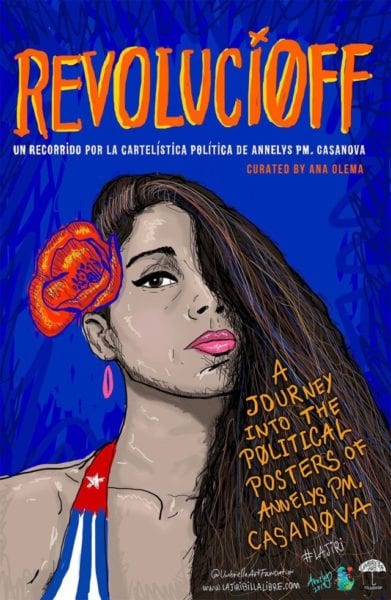 HAVANA TIMES – At 1465 Calle Ocho in Miami’s Little Havana, Annelys Casanova, born in the countryside of Artemisa, Cuba, thirty-something years ago revives her country’s political poster tradition. She arrived in California at age 15, however, she has not forgotten the country of her childhood and early teens. Why?

Annelys Casanova: It all started when I saw the Ladies in White being beaten by the police. Since 1959 we are at war. There are many people fighting for our country to be free.

HT: What does RevoluciOFF mean?

AC: Turning off the Revolution. Castroism is a savage form of imperialism that has affected an entire region, not just our nation. We deserve to live on an island in freedom and prosperity.

HT: Your images capture news, imminent messages, combined with a style that recalls the sixties-seventies in the country where you were not yet born.

AC: I focused on a small group of political posters from that time. The interest was in their communicative effectiveness and their attractive aesthetics, still today considered ‘objects of worship’. I didn’t delve into the designers, but I know that our country has a history of this type of expression and I feel the responsibility of creating with rigor and professionalism.

HT: In your case you describe it as “art of urgency”

AC: I go from emigration to opposition, the struggle for freedom.

HT: Both attitudes are variants of the same concept. In Cuba it is common to go to extremes.

AC: This is the case of the series “A day for Cuba”, where I conceive clandestine flyers, flyers that can be tossed out in the streets or pasted where possible. It is an ‘urgent design template’, since in the case of political prisoners we are facing an emergency. 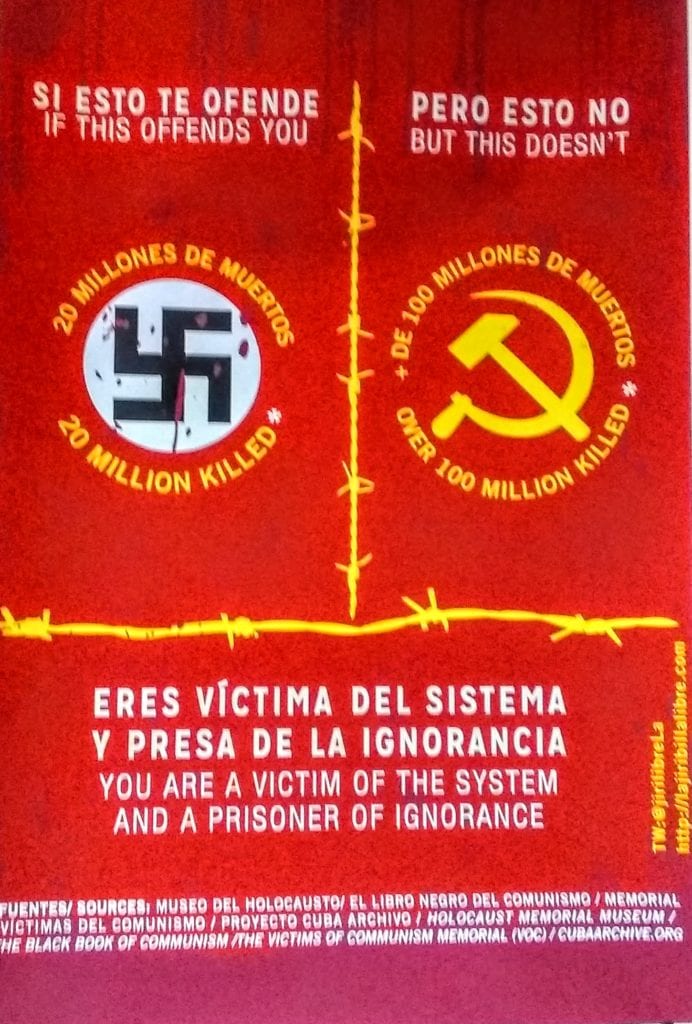 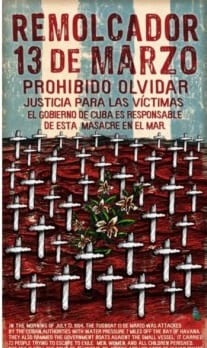 AC: Raise awareness, for Cubans, also for the international community, showing the reality of our country, breaking the myths of the regime, lighting the struggle for freedom.

HT: Although you live in the United States, the tentacles of Cuban totalitarianism are long and can reach you. For the regime in Havana, intellectual honesty is not fashionable, you are a danger to the Cuban Government.

AC: Castroism does not believe in small enemies, so says my sister Ana Olema, curator of this exhibition. She faced an oppressive machinery, I am aware of the consequences, some have already lived.

HT: Where will these posters exhibited today on Calle Ocho in Little Havana end up?

AC: They are all in my blog www.lajiribillalibre.com, where they can be shared. They are also for sale through the Umbrella Art Foundation.

HT: Are you satisfied?

AC: I’ve always wanted to contribute my grain of visual sand to the cause. Castroism must come to an end: a Revolution OFF.
—–
Vicente Morín Aguado. [email protected] 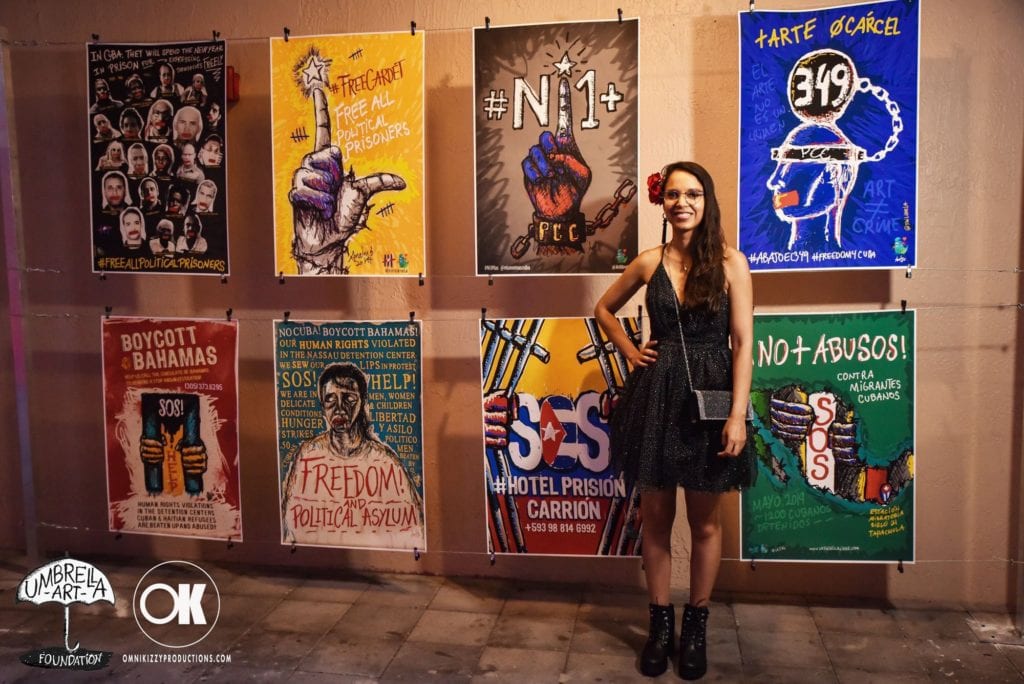