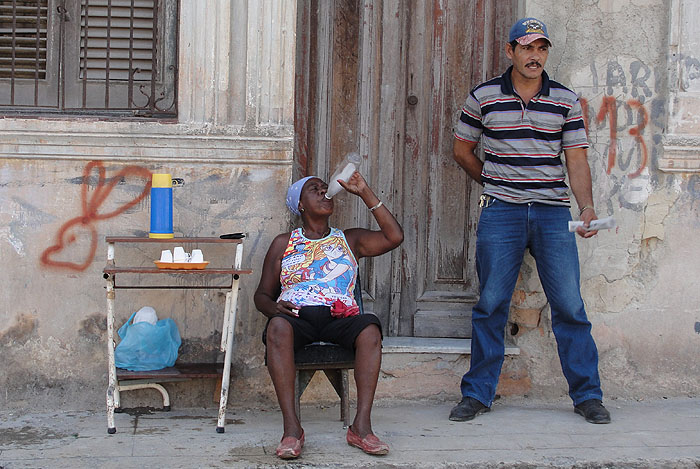 In Cuba, the term “dissident” remains restricted to describing someone who is in total disagreement with the “commands” of the government.

It matters little that the dictionary of the Royal Academy of the Spanish Language says in a first meaning that a dissident is “someone who is deeply opposed, in total disagreement.”

From that I can’t understand why the term remains so restricted here in Cuba – or is it that a dissident can’t include the kid who runs away from their intolerable parents or the subordinate who disobeys the command of a superior?

I find it all even more incomprehensible when someone who politically disagrees here is called a “dissident” and ends up also being branded a “mercenary.” I find it difficult to understand such a contradiction.

My problem is that I can’t stop thinking about how it’s possible for someone to be one thing while being its opposite at the same time – since mercenary means exactly the reverse of a dissident. A mercenary is someone who serves a foreign power for money during a war, according to that same dictionary.

How then is it possible for someone to be deeply opposed to something while having money as their principal motive?

Anyone involved in such a “business” as dangerous as that — revealing themself in front of everyone as thinking differently from what is tolerated in their country, or disclosing themself as a “dissident-mercenary,” according to the official version — knows beforehand that they’ll be persecuted much more than any drug trafficker.

So please, as the lover of linguistics that I am, I demand rigor in the use of the language and I ask that whoever is against the government — for whatever reason — be called only by one or another of those “names” and in this way we can put an end to the “dissident-mercenary” oxymoron that does so much to impoverish the Spanish language in Cuba.