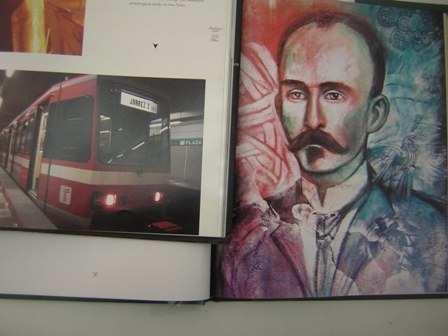 Havana and Juarez have something in common.  In each city, several of their citizens have found a peculiar way to broadcast the complexities of the news.

In Havana, despite the difficulty of Internet access, everyday there are more of its residents presenting the real Cuba to the world through their blogs.

In the Mexican City of Juarez, something unique occurs: traditional popular culture is reflected in groups that sing corridos (folk songs) not only as a living expression what it is to be Mexican, but also as a completely unorthodox way to broadcast the local news.

By listening to the songs you can find out that the candidate in the next regional election is corrupt, or even learn from kids that the upcoming settling of scores by the latest drug czar has been arranged.

Juarez is one of the most dangerous cities in the world; Havana has about the worst accesses to the Internet.  Here to update a blog is a terrible hassle.  In Juarez, not listening to the narco-balladeers can be fatal. Their lyrics say things like this:

made our people real.

the pure truth is sung.”

In Havana, at www.habanemia.com, Lia Villares disseminates the truth as she sees it once a week, either about the behind the scene happenings of cultural events in the city, the daily lives of young Cuban artists, or whatever.

The balladeers of Juarez and the bloggers of Havana are listened to or read (according to the city) attentively by the police in their search for leads.  Drug dealing and cyber-culture are realities, the former will have to disappear (not the ballads), but let’s hope the latter will supersede the big information transnationals.

Juarez’s ballads and Havana blogs are different ways to get around the traditional media in cities where journalism confronts serious problems, in Juarez due to the extreme violence of drug traffickers and in Havana from the censorship of the media.