—Common Sense is an achievement of modernity. The United States Declaration of Independence is based on several clear and evident truths and they need no additional corroboration. It became the foundational model of institutions that would change the world and influence almost everything that would come later.

About six years ago, I went to a store in Cambridge, part of a chain known as Bread and Circus, with two women friends from the U.S. My friends had asked me to accompany them to purchase a young turkey for Thanksgiving but they wanted to make sure that the product was organic thus free of hormones given to animals by chicken and beef farmers in order to ensure both rapid growth and more profit.

The scientists say that once the hormones are ingested, they circulate throughout the human body which can result in cancer. While this didn’t convert me into vegetarian, it did make me think twice about going into a Mc Donald’s or Burger King no matter how desperate I was. In addition, my cholesterol had had enough with all of the potato chips that I ate on my walk from Harvard Square to Hurley Street not far from the Kendall Stop on the red line subway.

The store was really pleasant, judging by the merchandise which was impeccably clean, orderly and classified and also by the clientele, almost all who were upper middle class, evident by the vehicles parked in the parking lot and the way people dressed. After sniffing around the shelves where there were red beans from India and cassava from the Dominican Republic, we chose the turkey which we would bake at my friends summer home in Cape Cod, one of the places I like the most in the United States with the exception of San Francisco and of course New York . 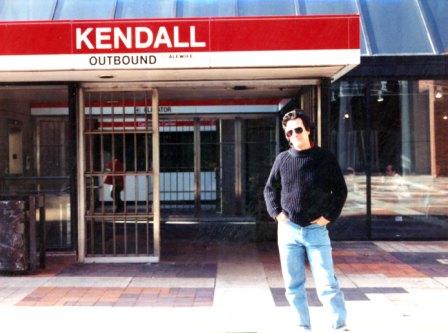 However, when about to pay at the cash register I experienced a disconcerting feeling that ran counter to my common sense. As an individual coming from the Third World, a Cuban, where public health is a universal right and a responsibility of the government, I felt a contradiction with the price of the turkey many times more expensive than in other stores. According to my logic, if this turkey was healthier it should be less expensive because this would protect people’s health. The idea of stimulating consumption of natural products would reduce that terrible disease which is one of the main causes of death in the United States and Cuba.

It was only then that I realized that I was in the midst of what psychologists call “projection” and I had forgotten the work of a German Jew who had spent his life studying the logic of capital, distinct from the other. Perhaps that’s why an Italian doctor recently stated a clear and evident truth, “In today’s world the investment in drugs for masculine virility and silicone for women is five times more than the investment in a cure for Alzheimer. That means that in a few years we will have elderly women with large breasts and elderly men with hard penises but neither will remember what they are for.