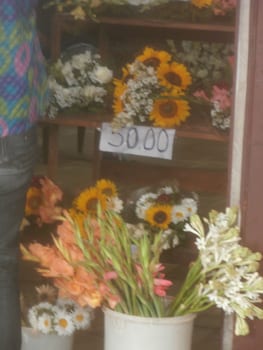 HAVANA TIMES — A few days ago, while standing on a street corner in Havana, Luis, an acquaintance who never misses a wake, told me about a burial and the last wake he’d been to.

“Last night, I got wind of a burial in Guanaboca where the coffin didn’t fit through the hole they’d dug,” he began. “They’d brought the coffin from the United States and it was longer than the hole. After a two-hour struggle under the scorching sun, they decided to place it inside vertically. The husband of one of the nieces of the deceased told me the story. The guy thinks the body wasn’t left standing.” Luis yawned, covering his mouth. “Stranger things – things I didn’t tell you about at your aunt’s funeral – take place at wakes.”

“Two nights ago, for instance, at the funeral parlor in La Vibora, the coffin seemed out of place at the chapel. When they tried to lift it, the coffin wobbled like gelatin. The coffin had barely any nails in it and one could see the dead man’s elbows through the bottom planks.”

“I hadn’t noticed it before that happened. Judging from the loose change that spilled out of the coffin, I knew it was an old man. Just imagine what happened next. Someone from a different chapel offered the bereaved a plywood board they had somewhere in Centro Habana, but said he had no nails. When they brought the plywood, someone found nails and even a hammer. They still needed a saw. Well, it all worked out thanks to a carpenter who lived around the corner and came into the funeral parlor to buy cigarettes. The one thing he didn’t do was give it a coat of varnish. The brass knobs on the side looked like they were made of gold when the man finished. It was around two in the morning.” 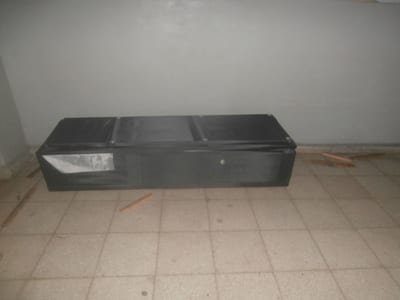 “The family didn’t know how to thank him. I only helped carry the coffin, gather the loose change on the floor and sweep the place a bit, and they treated me like a member of the family. I had plenty of coffee and cigarettes and, before I left, they gave me a small tip and a pizza.”

After yawning again, Luis concluded: “In these situations, people prefer not to complain. They know, even though they never say it, that dying takes only one day, the last one, so it’s pointless to complain about something or someone.” I actually finished his sentence for him, because Luis’ words were smothered by a long, deep yawn.