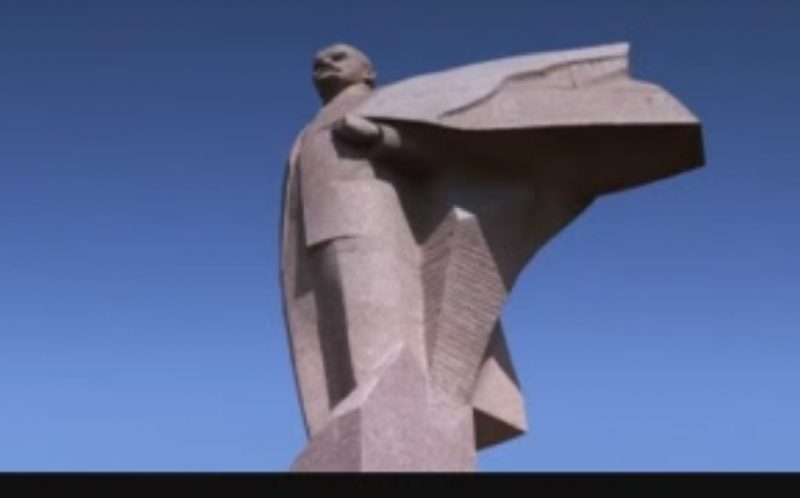 HAVANA TIMES – I was completely aware of the crisis that began in Cuba after the USSR collapsed one morning in 1991. I was 21 years old. I had just finished my military service a few days before, and I was on my way to get the last piece of paperwork to formalize my return to civil life.

On my way, there were over 50 people crowded outside a store entrance just a few blocks away from home, they had taken over the entire sidewalk. An old woman who was walking in the opposite direction, pointed the crowd out to me as she passed me by and, without me asking, told me that they were selling bread with tomato puree and added: “Things are bad, my son.” “Yes maam, things are really bad,” I said without stopping. I can still hear myself saying those words. This is the first living memory I have of the Special Period crisis.

Nearly all of my military service friends chose to go on holiday. However, I wanted to start working as soon as possible. My army boots were the only pair of shoes I had. The rest of my clothes, starting with my underwear, was from back when I was a student. I wasn’t the only one in this situation, but not having clothes has always accompanied me like a stigma and I believed it was time to end this.

My first job was my own business. It all started when a neighbor gave me his bike to sell. I sold it so quickly that other neighbors brought me their bikes. Soon enough, I had enough money to buy the bikes I then sold. My house became a small warehouse where I kept up to 12 bikes spread out between my room and the backyard, where we hung clothes to dry.

Even though we were eating better because of the bike business, my mother asked me to shut the business down and find a real job. I listened to her, but I understood that there was a generation she didn’t understand, and might never understand what was that was happening in the country.

I got my second job almost immediately after leaving the bike-selling business. While my underwear was still in a deplorable state, I already had some sweaters, new shirts and a pair of shoes in my wardrobe, as well as my old army boots which I didn’t dare to throw away. With them I began working in the storeroom of Havana’s biggest bookstore, La Moderna Poesia in Old Havana.

Book publishing had already taken a big hit in the country, but the storeroom was massive and looking at the empty spaces on the shelves, you could imagine what it would have been like when business was booming at the bookstore. My main duties involved replenishing stock of titles that were running out and receiving, categorizing and putting new books on shelves when they came in. The wages were low, but I liked the job.

Ever since the first day, the unresolved business of my underwear affected me a great deal. I felt like it was absolutely useless to be presentable on the outside while my socks would constantly fall down in my boots, and my underpants would slip down under my trousers.

This never used to bother me much while I sold bikes, but nearly everyone was a woman in the bookstore, and they were mostly young women. This added a new dilemma to my underpants problem because when they slipped down, they would twist up and become uncomfortable, sometimes even giving me involuntary erections that would have me in a sweat.

Still having some money put away helped me feel like I wasn’t completely responsible for that situation. It wasn’t up to me; we were in the Special Period and it seemed like underwear wasn’t a priority for the black market that was already bearing its teeth.

Another thing that worried me from the beginning was that, if I wanted to stay working at the bookstore, I couldn’t only depend on this wage and so I began to think about other things I could do. Then, a friend proposed that if I was brave enough to go out and sell croquettes on the street, he would make them. I didn’t think twice and after leaving work the next day, I went to sell croquettes.

I can’t remember how that business went exactly. I think it didn’t last long and wasn’t very profitable. However, I remember really well where it was that I would sell the most croquettes. It was a huge dilapidated tenement in Central Havana, in front of the phone company. To get inside, I had to cross a really narrow corridor that two people couldn’t fit into.

It was a long corridor and ended in a large central patio. I would stand in the middle of that patio and call out “Come get your croquette here” or “Come, your croquette is here.” Neighbors on the ground floor would come towards me with plates and pans, while people on the floors above would lower ropes with bags attached. I was even given the almost-affectionate nickname el croquetero.

When the croquette-selling business ended, I tried my luck with crafts. I visited a friend who had made a fortune ten years before as a craftsman selling at the Havana Cathedral and I proposed, quite literally, to do something that tourists would like. My friend advised me to meditate every morning before going to work. He gave me some leaflets about Buddhist meditation and told me to come back and see him after three months, as if it were a medical prescription.

But it was him who couldn’t wait three months and he appeared at the bookstore, 15 days later. As soon as he saw me, he asked: “Do you know how to get a hold of calabashes?”  I shrugged and shook my head. He told me all of the things that could be made with calabashes, including maracas and asked me to go with him to Guines (a town 35 miles south of Havana) on the weekend, where there were lots of calabash (güira) trees. Before he left, I asked him about the Buddhism. “It’s really nice. But it’s no good in Cuba,” he replied.

We left for Guines on Sunday. We arrived at noon. We returned at 11 PM, empty-handed. We didn’t find a single calabash tree.

My most personal experience of the Special Period came the day following our unfruitful trip to Guines.

That night, while I tried to fall asleep, I said every name for the devil I knew out loud. In the morning, after drinking my water with sugar and eating a piece of bread with oil and salt for breakfast, I invoked the demon again with all of his names and went to work.

At the bookstore, someone approached me without me noticing while I was putting books on shelves and spoke to me. I don’t remember how he started. His name was Octavio, he lived in Barcelona and asked me to help him carry all of Lenin’s complete works back to the hotel where he was staying. We filled three boxes. I carried two.

The hotel was close-by. On the way, I saw him disappear and reappear in the crowd that filled Obispo street, during the worst of the crisis, several times. Nothing reminded me of my desperate invocations, not his name, nor his voice or his appearance. This happened a little after we bid farewell.

Somebody took the boxes from me at the entrance to the hotel’s elevator and I left. Half an hour later, maybe a little more, the man showed up at the bookstore again. He gave me a dark plastic bag. He thanked me, calling me by my name and left. He gave a final wave from the street, in front of the store window, and I never saw him again.

I emptied the bag on my bed at home. It was only then that I remembered my prayers.

The bag had soap, shampoo, a couple of tubes of toothpaste, an envelope with 50 USD, a dozen new pairs of underpants and several brand new pairs of socks.

I never took the connection between my demonic prayers and the ideology of that generous Basque tourist seriously. I think that it happened because it had to happen. However, every time I see a photo with statues of Lenin falling or bobbing in the air, hoisted up by a crane, I instinctively remember the first time in my life that I smelled new socks and underwear. Something which still brings a smile to my face.