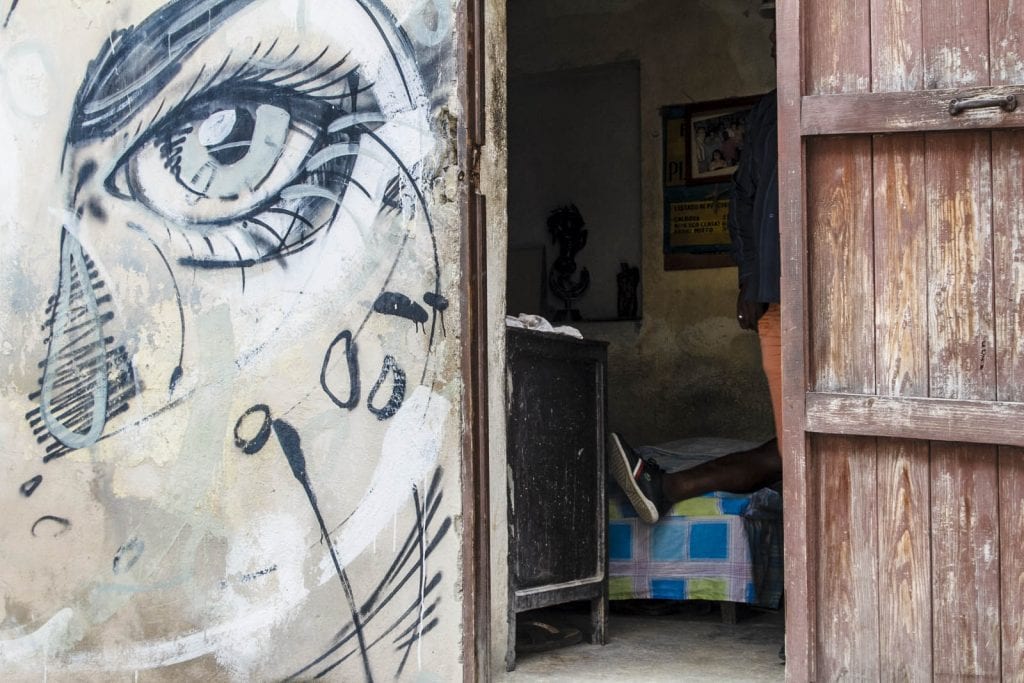 HAVANA TIMES — Adolfo hadn’t been dead a year when Salvador, who had been his neighbor for more than twenty years, set proceedings in motion to reclaim 10 cm of land that, according to him, Adolfo had stolen from him after setting up a fence.

The claim took Alicia, Adolfo’s granddaughter and heir, divorced and mother of two, by surprise. It happened a Thursday afternoon in May. Salvador’s yelling echoed throughout the patio. Alicia pulled Yusiel, her eldest son, away from the fence. Driven by hatred, Salvador threatened her and told her she had to take down the fence within three days. “Find yourself a lawyer,” Alicia replied. From that day on, she would fight her neighbor’s absurd claim on her own.

It was no secret that Ela, Salvador’s ex-wife, was fighting him over ownership of the house, which she claimed was more hers than her former husband’s. This had become her main goal in old age, after retiring. Following fruitless threats and failed scenes aimed at driving him out of the house and move in there with her daughter, grandson and son-in-law, after a nightly scene, full of contempt and anger, she ended up calling him a coward for having allowed Adolfo to build the fence that continues to separate both properties. That was the detonator that would destroy Alicia’s peace when she was determined to fulfill her dreams.

Adolfo, whose true political ideas were a revelation for me, had arrived in the neighborhood in 1942, after winning the house at a draw organized to urbanize the plots of land where Alicia lives today. He had come from Spain years before, fleeing from Franco’s repression. After arriving in Havana, forlorn and without a penny to his name, he settled in a tenement in Guanabacoa, where he met Eva, Alicia’s grandmother. Love was to save him from endless nostalgia. Shortly afterwards, he became an accountant and one of the most successful salesmen in town. Though he did not renounce to his political ideas, he never joined a political party.

“The photos,” Alicia explained, “were taken by a man from Asturias who was a friend of the family.” They showed Adolfo, building the house, aided by two shirtless bricklayers wearing hats. Another photo showed his grandmother planting roses and the grandfather sowing fruit trees. Margarita, an only child and Alicia’s mother, was born of that marriage, which lasted as long as they did.

In the 1960s, an ambitious government plan to set up coffee plantations did away with the fruit trees and the roses. The project failed and, instead, the neighborhood was filled with uniform buildings and houses. In 1872, Salvador got off a jeep in a military uniform, a pistol tucked under his belt. Sometime later, trucks loaded with building materials showed up. “That’s why my grandfather put up the fence. As you can see, it’s practically right next to the house,” Alicia explained. Despite having resources, Salvador never managed to finish building the house and it has remained in that state to this day.

Eva died in the summer of 1994, in the bed she had always slept on and had remained in after suffering a hip fracture. Adolfo died six months later.

A neighbor had alerted Alicia that Ela and Salvador kept constant watch over them and had reported them to the police, accusing them of illegal activities. It was easy to find out these things. After burying her grandparents and thinking her children’s upbringing completed, Alicia returned to her painting.

The neighbors’ most outrageous report was made following one of Alicia’s sudden bursts of creativity, after she painted, on the porch of her house and under the neighbor’s noses, two male nudes with expressionistically-emphasized erect penises, prompting the charge of depravity and pornography.

It was the first time the police bothered her. Until that Thursday afternoon in May, when Salvador threatened her, saying he knew many things and had the connections to land her and her eldest son in jail.

It was a futile threat that made a tired police officer waste his time. After taking the man’s statements, he asked Alicia to head to the station the following day, on Friday, with the paperwork for the house and her grandparents’ will. Alicia went to the police station. Three hours later, another police officer was seeing her off, patting her back. “It was a horrible day,” Alicia told me while we were having coffee out on the terrace of her house.

In 2014, Ela’s heart gave out on the porch of her house, right in front of the electricity bill collector. In June that year, Salvador keeled over onto the bakery counter.

“I always thought your grandfather was a mason,” I said. “No, he was an anarchist, like his father and uncle My great-grandfather was murdered by Franco and his brother was betrayed by the Spanish communist party,” Alicia explained, without looking at me. “I think Salvador knew who my grandfather was and was afraid of him,” she concluded.