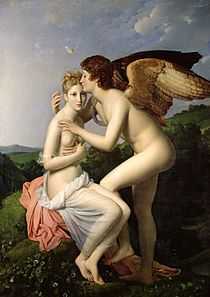 HAVANA TIMES — Like everyone else, among most of the things I have heard about and have learned something about are those that are sex-related. Some go back to the days of my childhood, as is common.

Like the story of when Rebeca showed everything to Armandito and he came running to tell me about it. I must have been nine or ten and was playing with marbles and, I think I remember, I only thought about winning a lot of marbles that day. He was two years older than me, which he should still be.

The girl, who I think was Armandito’s age, asked to see his thing. My friend didn’t hold back or lazily told her to show him her thing too. He explained to me that he didn’t touch it in the end, he said because he had heard that women used to wet themselves.

Up until that moment, I only knew that Rebeca lived on the corner and that she had several Pekingese dogs, the first ones of this race I ever saw in my life.

Another childhood friend would tell me how he could discover the wide range of sexual reflexes in women’s gestures. His greatest obsession was watching them eat ice cream in a cone. Those who attacked the ice cream biting it hard seemed wild and lovers of sneaky sex. Those who didn’t let a single drop fall and smoothed down the cream with just their tongues seemed contemplative, serene and sensual to him, “sometimes their eyes even go white while they eat ice cream,” he once told me.

In junior high school, another friend revealed an entire theory about how to identify someone betrayed by their partner. First, it had all to do with appearances, according to him. Such people were always in a hurry and are stifled by everything and question everything, that’s why “behind a gossiper or a snitch, there is always an unfaithful woman,” my friend used to say and he would add his more solemn phrase: “Anyone can be cheated on, mate, but a snitch is asking for it.”.

As years went by, the things I heard became more specific and, sometimes, even lyrical. Like a neighbor who used to like men to stick it in hard and take it out with poetry. Without a doubt less poetical but just as explicit were the parodies of songs, like the one that was used to present a very popular doll in the ‘70s and early ‘80s in Cuba which boys changed for “I would like to be your friend and be able to stick it in you” or the translation of an old Queen song that young people, both girls and guys, would sing in chorus and with an enviable sense of rhyme saying: “Abre las pata y goza…” (You should open your legs and let your arse do the talking.)

In a nutshell, I find myself asking why have I referred to something that we have all learned to be a little more happy, to see life in a better light and to make us smile more?

One thought on “Sex and Songs”