HAVANA TIMES – I’ve been flicking through some books recently, searching for answers and also to keep myself entertained during these days of lockdown and uncertainty. One of these books was about traditional Cuban medicine. It’s called “El Folclor Medico en Cuba” (Medical folklore in Cuba) and is a vast manual on remedies to fight almost any illness or disease, which was compiled by Jose Seone Gallo, between 1961 and 1962 in the Cuba’s eastern Camaguey province.

There are plenty of home remedies in this book for respiratory disease and to protect oneself in the face of an epidemic. Let’s take a look at some of our rural people’s wisdom back then.

“The bronchus is like a piece of a pipe, like a piece of bone without any marrow, hollow, which is found at the back of the throat. When you suddenly go outside without covering the throat and chest, it becomes inflamed and doesn’t let air pass through as it should, causing pain and shortness of breath. This is bronchitis, which is very dangerous if it left untreated because it can turn into pneumonia. The best treatment is to drink an infusion made with West Indian elm buds and sage leaves, three times a day. It should be taken hot and sweetened with honey, to unblock the inflammation. The sick person should remain in isolation.” -Rural person, Piedras.

“A cold is an infection of the respiratory tract which is reflected in the entire body because it causes general malaise. It is contagious. The best remedy for it is an infusion of lemongrass and soursop leaves. It should be taken while still very hot, three times a day. It can be sweetened with honey. Lemon and custard apple (chirimoya) leaves can be used to make it more effective.”  -Daysi, Camaguey.

“A cold is a microbe that attacks the chest, throat and nose. It is caught through contact with someone who already has it, it comes with the wind or a change in the weather. The best remedy I know about is to protect oneself and you can do that by eating aloe vera, every day. I’ve been eating it ever since I was a child. My mother used to give it to me, peeled and cut up into pieces. I still eat it today, and I give it to my grandchildren with the skin on. But I make sure to wash it properly. Nobody gets a cold in my house. At my age, I still bathe in the river completely naked, and I’m absolutely fine.”  -Asela, 89 years old, Ciego de Avila.

“Rhinitis is like the nose is weeping; it can be caused by a cold, flu, allergy and anything else that gets up the nose. The best remedy I know of is to take a whole lemon, beat it and put it on the boil. When it starts giving off steam, you breathe in the vapor for five minutes and it gets rid of the rhinitis.”  -Carolina, 79 years old, Moron.

Pneumonia comes from having a lot of air inside, without knowing how it got there, although it most probably came in through the mouth. This is the air that stops the lungs from working and really gets you bad. The best remedy I know about to fight pneumonia is an infusion that is made with sage leaves, oregano and West Indian elm buds. – Manuela, 64 years old, Cascorro.

The best remedy against pneumonia is a double infusion of watercress and lemongrass. Before boiling it, you should grind it a little. – Rural woman, 56 years old, Sibanicu.

Hiccups are caused by trapped air in the chest. You can get rid of it by closing your eyes for a short while. – Eduardo, rural man, Nuevitas.

I get the hiccups when I’m nervous, and I get rid of it by drinking an infusion of pepperwort. – Adela, 58 years old, Sibanicu.

Hiccups are caused by air inside that doesn’t know what it should do and sticks around to mess with you for a bit. I get rid of it by pulling one ear up and the other ear down. I also take a spoonful of honey, sometimes. – Julia, 50 years old, Mabuya.

When I have the hiccups, I stand at the kitchen door and I shout out really loud, and it goes away. – Rural woman, 56 years old, Cascorro.

In 1918, there was a great flu epidemic here. Doctors would spend the whole day drunk, drinking so much rum and aguardiente so they wouldn’t get it. When that happened, I didn’t dream about becoming an herbalist, but the only remedy I remember was an infusion of trumpet tree leaves. Cigars were also rolled out of these leaves and people would smoke them, as if they were fumigating their insides. Rum and aguardiente weren’t used to treat the disease, but to prevent it. – Carlos, herbalist, Camaguey.

When the 1918 flu epidemic came, people would treat themselves with infusions of trumpet tree leaves. Trumpet trees were lost because there were so many sick people and people drinking this infusion, because even people who weren’t sick were drinking it so they wouldn’t catch it. – Andrea, 80 years old, Vertiente.

Pepperwort has antibacterial qualities: it kills the microbe in the air and cleans it of any bad spiritual energy there might be. It is used like incense, making a dense cloud of smoke with the plant cut up into pieces and some pieces of coal in a garbage bin or can, and it is carried around the house. It should be done every now and then, but in the case of an epidemic, it should be done every day. – Marina, 63 years old, Ciego de Avila.

There are plenty of other general tips on how to look after yourself in the book, an index of diseases by plant species, another by animals, as well as the names of herbalists, healers and santeria priests, the main people who spread this popular wisdom in Cuba.

If you would like to know about other remedies or treatments in the book, please get in touch in the comments section.

Here are some pictures of plants that I have growing in my backyard, which are cited as remedial in the book.

NOTE: The book I have is a 1984 edition. I don’t know if it was ever published again. 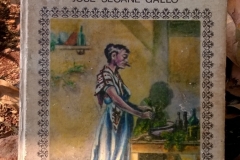 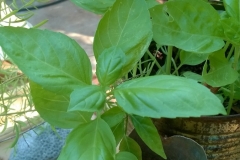 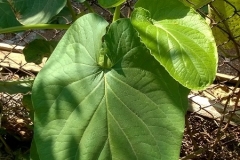 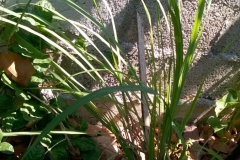 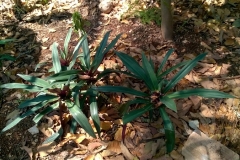 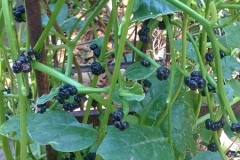 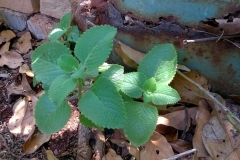 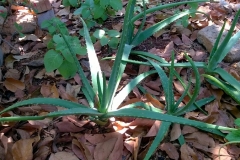 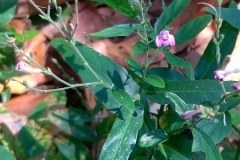 2 thoughts on “Traditional Cuban Medicine in Times of…”

The Huge Fire in Matanzas, Cuba