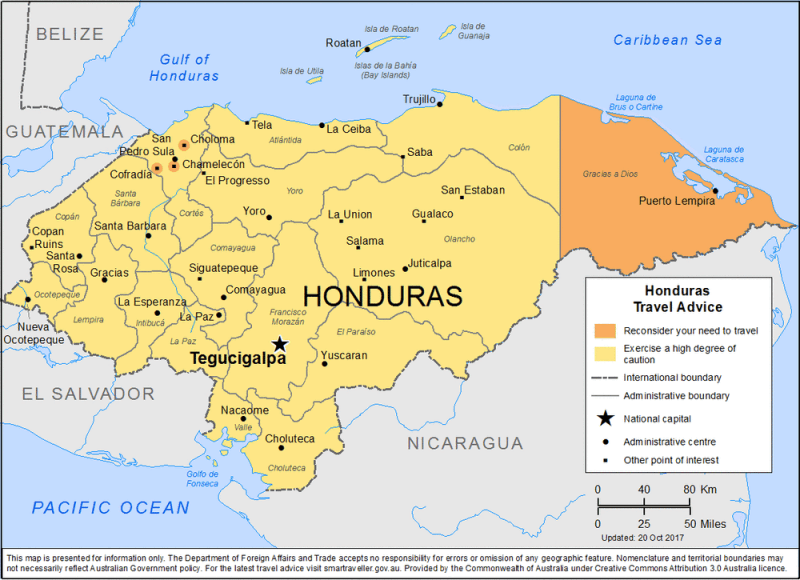 HAVANA TIMES – I have expressed recent frustration at hearing Hondurans bad-mouth their nation.

It does get ever so tedious. However, one must be understanding, people do suffer here, it is a poor nation and there are many problems and issues at hand from a Narco-President (Juan Orlando Hernandez) to a lack of medicine in hospitals.

Hondurans, are a peculiar breed at times – nevertheless. Pay me little attention though, for I am saying this based on my own personal opinion – these pieces of mine are entirely opinion-based.

I shall share some comments that I have received from Hondurans throughout my time here.

“I don’t like Honduras. I cannot understand how it is that you like it here. You come from England!”

“This is the worse place in the World.”

“You have no ambition; you just want to drink rum in the Caribbean and hang about with mulatas!” (a comical remark from an ex-girlfriend.)

“You must be crazy or weird, yeah, you’re a weird guy Ben. You’re from England – I want to be there.”

“I don’t know what you are doing here.” Uttered a young lady of Palestinian-Honduran heritage, as she stared me square in the face at a birthday party.

“Don’t you?” I responded, the subtle tone of our famous English sarcasm sweeping right over her head. It is a good part of being English – I must admit. We are able to utilize the powers of sarcasm, satire and subtle insinuation without non-English folk realizing that we are not taking them seriously.

After all, I didn’t come to Honduras so that this one girl could arrive at a point of comprehension as to what Ben Anson is ‘doing’ in her ‘country’. A country that her Palestinian forefathers come to exploit to the maximum, gaining illegal entry via false Turkish passports. What the f*** are you doing here, dear?”

Getting and staying rich.

They all want to be in England – they reckon. Of course, they do.

Hondurans don’t go out in the rain. Northern Europe is it? Good luck…

Instead of trying to change or value anything, everybody gets a hard-on over Dollars and Euros.

“Why do you want to go and live with your brother in Atlanta?” I asked a student of mine. A young man in his early twenties. I expected to be told that perhaps he missed his brother or something along those lines.

“You can buy a lot of things there. I was paid a hundred Dollars for a day’s work – doing roofing – when I went there last year. I then went and bought four pairs of sneakers. Nike, Puma, Adidas and Jordans…”

Incredible, mate. Migrating over the availability of an Adidas sneaker. 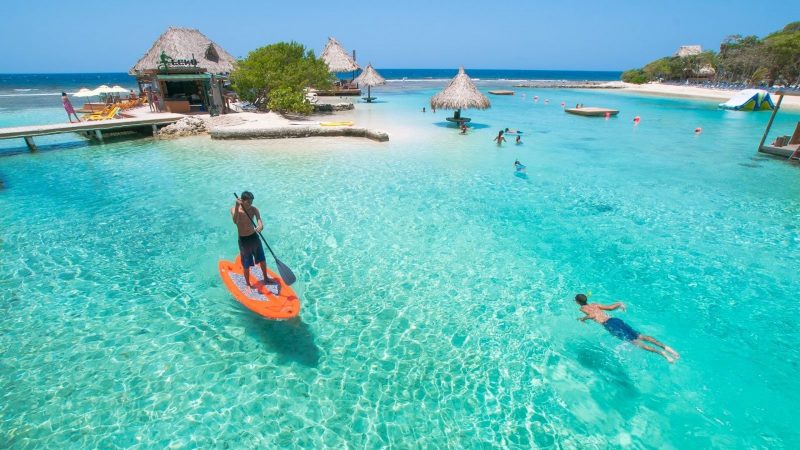 Roatan, is a famous and beloved Caribbean tourism destination. Michael Douglas – no less, the Hollywood movie star, has a house there and recently made huge investments in the tourism industry of the Honduran island.

Everybody wants to go to Roatan. A Honduran has arrived (as a male) when he takes a young lady (a women he likes, a girlfriend, wife – whatever) to Roatan. This is an expensive destination in the Honduran Bay Islands.

To get there, from Honduras, one must take a ferry or a plane from the coastal city of La Ceiba. A dangerous and filthy shithole of debauchery and chaos.

Roatan boasts five-star hotels, some of the best diving waters in the World and houses famous actors.

La Ceiba is like central Havana, decaying, human excrement in the streets and rubbish absolutely everywhere.

What is the difference?

Foreigners are the majority on Roatan.

Hondurans are the majority in La Ceiba.

One simple ferry ride takes you from a seedy, crime-ridden and frankly – ugly settlement, to a cruise ship destination. Foreigners, from Italians to Israelis, have come and invested, and actually ‘done something’ to a place.

Yes, Hondurans on the mainland may be confronting poverty, but a splash of paint here and there and using your bathroom instead of the street would go a long way. There is simply no pride nor ambition.

I sat up one-night chatting with my neighbor up in our apartment block. He grew up in the States and got deported for drinking and driving – apparently. He spoke and I simply agreed with everything that came out of his mouth…

“Bro, you know what? I wouldn’t go back to the US if you paid me. I actually have grown to like living here. I feel good. I mean, I like getting up in the morning. The warmth, the exotic birds singing – perched on my window. The sun… I like choosing what clothes to wear, drinking my Honduran coffee from Santa Barbara, I like walking to my barber shop – all relaxed. Life is calmer here; the pace is slower. People know you – you stop here – you stop there. You talk with people and say hello. It makes you feel good.”

I told him that he was absolutely right before responding:

“I get you bro. No doubt. I love all these things too. You can go to a Caribbean beach on the weekend or go to some mountain or river – or a big city. Everything is close! Nice food, intriguing culture…”

“Yeah man! Beautiful women everywhere! White, black, indigenous – mixed. Like, I enjoy going to the supermarket. I like being attended by the check-out girls.”

He then continued to make a very good point.

“Look at how much we pay for our top floor apartments. This would cost a bomb in a US city or in Europe!”

“We only pay like a couple hundred dollars…” I replied.

“You know what I’m saying?”

“And look at our view of the mountains!”

He laughed. “Bro, imagine how much you’d pay for a top floor apartment with a view of the mountains where we come from!”

“Most of those apartments in the US just face the walls of the surrounding buildings.” He continued.

We both arrived at the conclusion that we were thankful to live in such a place, be it poor or not. We both work, earn local salaries – just like everyone else. Thing is, we don’t sit around crying about a president or the Spanish conquest of the sixteenth century like so many do.

My current girlfriend told me she wants to go somewhere like Belgium.

I do feel bad that I ridiculed her, I even went as far as to tell my brother.

“Belgium? Belgium? Who in the f*** has ever gone from the Caribbean to Belgium?”

“What does she want – cobbled streets and potatoes?” My brother asked – flippantly. Very humorous though; I can’t recall much else after visiting Belgium years ago.

These are all just personal opinions anyhow one may agree or disagree.