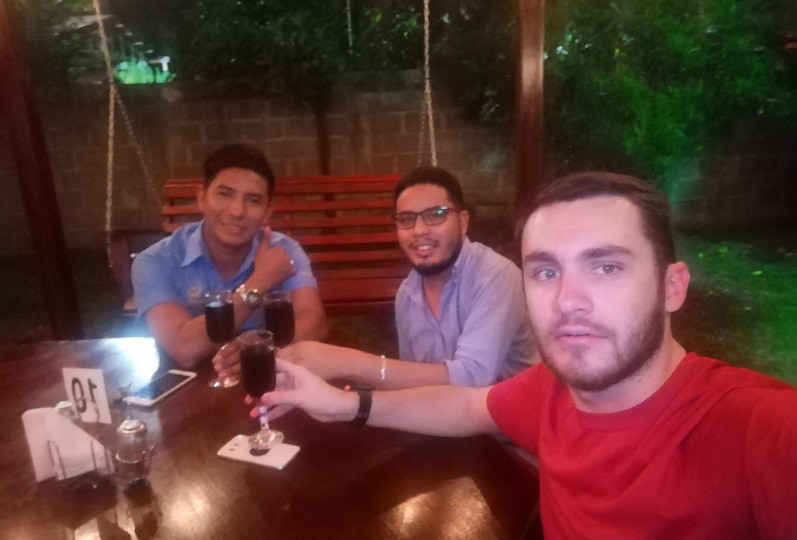 HAVANA TIMES – So I was asked by a man that I’d met only an hour beforehand as I sat upon a beaten-up blue sofa; one of the many that he sells – from his second hand junk shop. Finding myself in the process of moving into and furnishing a new apartment, nestled within the centER of El Progreso (the 4th largest populated Honduran city) – I’d needed to call upon his services.

A sofa and two tables were thus purchased.

As is customary in Honduras, that is – for a foreigner, I was subtly forced to give my life story. The Honduran is always intrigued to know and potentially understand the reason for which one decides to take oneself from Europe or North America – to Honduras.

“¿Cómo llegaste a Honduras?”
“How did you come to Honduras?” Being one of his first queries.

I began my explanation, a long one at that, which eventually led to countless other questions such as ‘do you want to get married here?’

I replied that I did not.

*Catracho/a is the nickname that Hondurans bear, akin to Costa Ricans being known as ‘Ticos’ and Guatemalans as ‘Chapines’.

Luis and his son enjoyed a heavy laugh at my response.

Jealous, intense and with a fierce temper are the three traits one could use in describing the average woman here. A lot of unapologetic gold digging takes place as well. Understandable at times however, as many Honduran women say: “one doesn’t live from love, money rules.”

I gradually ended up telling them about my history in the country, my experiences and the differences between England (my home country) and Honduras.

“But you lot make better money over there right?” Asked Luis’s chubby, jolly-faced adolescent son. Both are decidedly ‘chubby’ truth be told. Dark features and portly.

“Not necessarily, years ago, I made an average salary of a thousand Pounds Sterling working in a travel agency in London and paid six hundred and fifty Pounds rent for a room in a shared house… obviously, I made no money.”

“And how much do you make here then?” Continued Luis, sat upright behind his sprawling desk – the man’s gut rested comically on a pulled-out drawer.

“If next year I make twenty thousand Lempiras (800 USD) a month and pay three thousand (120 USD) rent for a proper apartment, obviously I’d be doing a lot better.”

“Pucha. ¿No es la gran cosa Europa entonces?”
“Damn, Europe’s not all that then?”

He seemed to enjoy the chat so much that he then had his boys bring me some Chinese takeaway. The next day, on passing through to pay a table off, I was awarded homemade stew. Delicious, both meals.

Hondurans. Sharing is caring for them.

Who would offer you food on having just met you in England?

Not a soul. Despite the fact that the Englishman can potentially afford a takeaway better than a Honduran can, they shall not embrace one with such kindness.

It takes me back to school…

No, better said, it takes me back to simply growing up in England. At school, at college and at work.

“Mate, I’m hungry you know, can you break that chocolate bar in half that you’re eating?”

The latter being a classic Englishman’s response.

“No he comido fíjate socio, no ando billete.”
“I haven’t eaten you know associate, I ain’t got any cash.”

“¿No has recibido tu pago?”
“You haven’t received your payment?”

“De hambre no nos vamos a morir, te llevo donde mi mamá y ella nos hará algo.”
“We’re not going to die of hunger, I’ll take you to my mum’s and she’ll make us something.”

He who has been without, knows what it’s like to go without and hence does not wish it upon anyone else. As such, is the noble and deeply affectionate Honduran.

I walk up in the supermarket and the cashier girls flirt and have a laugh with me.

I step into a taxi and the drivers teach me something new. Interesting conversations always unfold.

I buy something from a complete stranger and he makes sure I’m fed well.

Give a Honduran a smile and he or she will give you a hug.

Give a Honduran a hand and they’ll give you their heart.

These are the kinds of individuals that one meets in this beautiful Central American nation.

I have, and I’m sure that I will always feel entirely welcome, loved and looked after for as long as my feet walk the rich brown soil and my heart beats under the blue skies and blazing sun of Honduras.