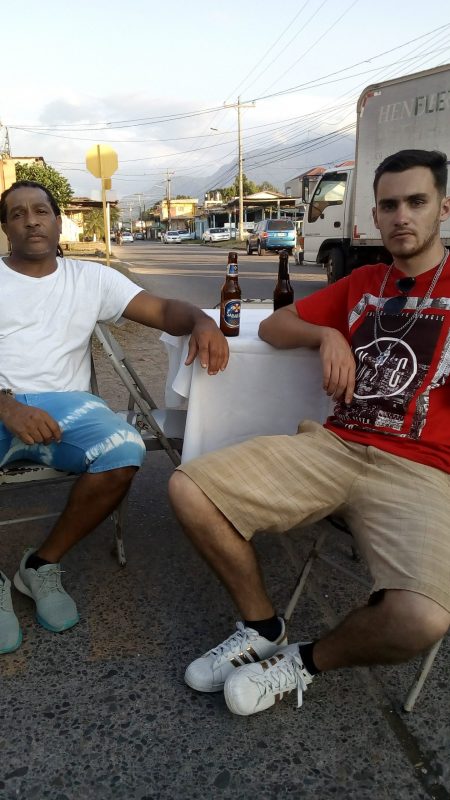 HAVANA TIMES – Scantily dressed in my pair of light blue, nylon shorts, which come with a large ‘H’ upon one leg (representing the Honduras national soccer team), I recline upon a self-designated “writing armchair” – at around nine thirty p.m. – with windows open, sipping on Nicaraguan rum and coke, allowing myself to unwind to both the Cuba Libre and enchanting rhythms of Afrobeats and Dancehall music. ‘Burna Boy’; a Nigerian Afrobeats artist, chants the lyrics of “Ye” in his deep, melodic voice.

In a one night, four shows I’m jugglin’

People, would indeed think that I was slightly mad if they were to catch a glimpse of me during these “sessions’, where I remain completely alone, playing my favorite songs from favorite genres – Jamaican Dancehall to 1960s Motown – smiling to myself and jamming solo. There is something about ‘black music’, which has captured me on what might even be deemed as a spiritual level from as early as the age of five.

On watching a Jazz video of the Nicholas brothers (who rose to fame during the ‘Harlem renaissance of the 1930s) at the age of five, which my parents had put on, I was immediately fascinated by the concept of having black skin – black being my favorite color at that elementary stage.

I promptly informed my parents that I wished to be black.

For their personal humor, they told me that “I would have to dance a lot because black people were good at dancing”. That was the only way in which I’d apparently turn black. Thus, one danced and danced and kept on dancing – yet sadly, to no avail. I still remain decidedly white all these years later.

From that point on, black music, and then black history and culture intrigued me. I have found great inspiration and solace in the poetical bars of Tupac Shakur to the exploits of Zulu tribesmen, Haitian independence fighters and even the Black Panthers.

“Youths are passed through schools that don’t teach. Then forced to search for jobs that don’t exist and finally left stranded to stare at the glamorous lives advertised around them”.

That, is the finest and most brutally honest description of ‘modern’ capitalist society, that I have ever read. It was delivered by a one Huey Newton: one of the founders of the Black Panther party. A group spuriously and ignorantly slandered as being terrorists, Black Supremacists and maniacs, which was really a series of community organizations whose priority was to monitor racist, violent and deeply aggressive white police activity in black neighborhoods of 1960/70s America among other side projects such as soup kitchens and children’s breakfast clubs where education was provided to scores of ‘ghetto kids’.

During my worst moments, where one has found oneself completely lost in the hard times of life, black music has always been there to lift me up. In particular, African American music. These are a people who know sorrow, hardship and pain – quite debatably – like no other.

“Life is complicated but only what you make it to be…”

“Who do you believe in? I put my faith in God – blessed and still breathin’, and even though it’s hard – that’s who I believe in”.

“There ain’t a woman alive that can take my momma’s place, suspended from school, and scared to go home, I was a fool – with the big boys, breaking all the rules”.

It was always Tupac Shakur, who spoke to me more than any other. On first becoming acquainted with his music at the age of seventeen, I felt as someone else had been through things I had and that this person would have been able to understand me. I encountered an unapologetic honesty in his ballad-like tracks.

Over the years, as I encountered and consumed more music during my time in Latin America and the Caribbean, I simply took to the black’s joie de vivre, their simple happiness and the joy of life that they express via this channel.

Yet, there were always those comments – weren’t there?

There were always those criticisms in the past.

“Why do you only listen to black music?”

There are lot of morons in England – my country. A place where blacks are insulted in the street by white schoolboys, a place where the older generation speak of them with clear contempt – a place like any other. Racism upon blacks is real and widespread.

I now hear the same comments and criticisms here in Honduras, yet in Spanish of course. Many of my neighbors refer to blacks as ‘mayates’, which is a Chicano slang term for a beetle. These deported characters who grew up in the states, also developed a ‘dislike’ (which is far too kind a word) for those of a darker shade.

I step onto the communal balcony at times (where neighbors now hang out on account of the lockdown) and am immediately greeted by:

“The black boy is here!”

“The gringo who’s black on the inside”.

“Yeah it’s true! He plays black music all the time, he dresses like he’s black – he thinks he’s black!”

My moments on the balcony are short lived. I have never been one to tolerate stupidity. Why is one to be criticized for enjoying “black music?” What’s their problem? If I were a rock fan, I guarantee each and every reader that not one person would ever say to me – “you’ve been listening to that white music again haven’t you!?”

For me, it has never been a question of desperately trying to ‘fit in’ with black people. I’ve never had to try around them. It’s a natural friendship that one strikes up – perhaps some are jealous. I cannot help but think it mostly comes down to jealousy…

“I saw you with that colored girl”, a white English teenage girl once told me back at school.

“What does that mean?”

“What were you doing with her?”

“Why are you asking?”

“I guess we’re not good enough for you,” came the white girl’s jealous response.

When these devils try to plot and trap our young black seeds”.

2 thoughts on “Time to Value our Black Brothers and Sisters”