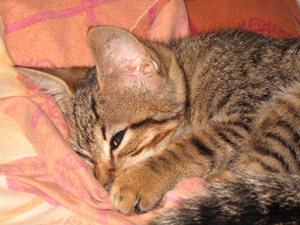 HAVANA TIMES — While thinking about how isolated human beings have become that they don’t realize they are part of a universal organism, my neighbor, the chair of the Committee for the Defense of the Revolution (CDR) on my block, told me one of the cats that live in our neighborhood hid in a small room he uses as a workshop and to store tools.

The greatest fear I had when he told me this was that the cat could be pregnant and looking for a place to give birth. The CDR chair wants to lay the blame on me for everything animals do in the neighborhood because I give them food out of pity. Regrettably, the cat has taken her litter to the balcony of my neighbor’s house on repeated occasions.

When I went into the storage room, I found another cat that had spent the night there, sheltering itself from the cold, early morning temperatures. I was relieved to see it wasn’t the female cat giving birth (as that would have meant war with my neighbor).

My neighbor took advantage of the opportunity to complain that the hallway smells of cat urine. His wife said to me that the problem is the female cat, who attracts males. I didn’t laugh in her face because she’s an elderly woman and she’s already got enough on her plate, being old and ignorant.

The CDR chair has a very keen sense of smell and can differentiate between cat urine from that of his dog, whose right to pee there I also defend. 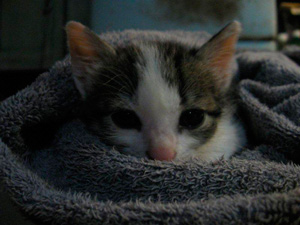 I told my neighbor that the cats aren’t mine, even though I try to look out for them. I believe my neighbors need to interact with these animals to see how much they have in common with us, and to feel a little less lonely.

I hope that, if the mice population suddenly goes up, I am not held responsible as a defender of that species. Now, I am at odds with this neighbor of mine, despite the fact I always try not to bother anyone. I got worked up because of how part of the neighborhood treats innocent beings who are dear to me.

In Cuba, tons of food that could help feed many animals abandoned around the city are thrown out every day. My neighbor prefers to see left-overs rot at the bottom of a bin somewhere than help fellow creatures that need this food and contribute to a better functioning environment.

How can I explain to the CDR chair that these animals are affectionate, loyal to those who treat them well, that they feel the same way we do and live in a world where, because of the backwardness of the allegedly superior beings, they suffer discrimination and abuse?

4 thoughts on “Cuba: Humanity is the Problem”