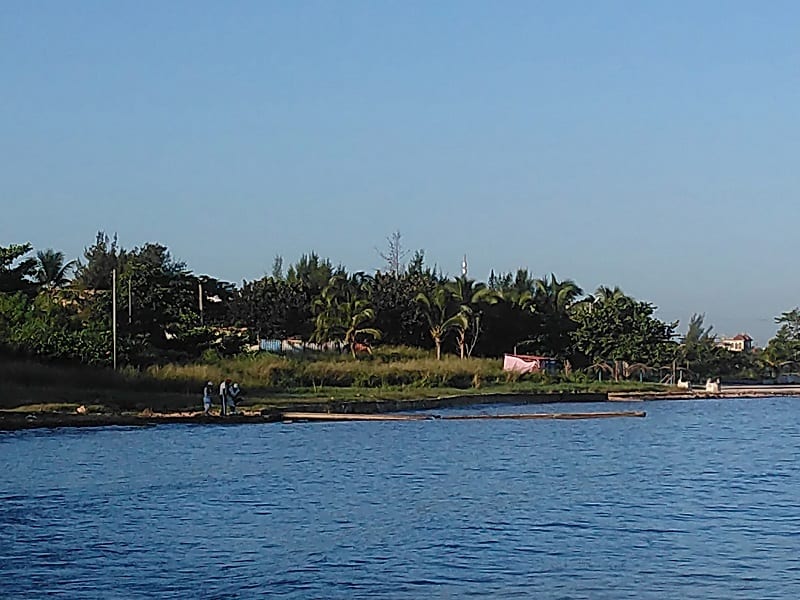 HAVANA TIMES – Last weekend while looking for a new place to study and trying to come up for a topic to write about I stumbled upon a group of three people dressed in white. They were standing at the beginning of a small ledger. One was singing and hitting a little drum, the other was what to the uneducated eye looked like performing a cleanse on the third.  As I looked at them I realized this was the first time I had seen Santeria being performed.

From living in cities where tourism is the main form of income, I have noticed that the first thing that changes and consequently erodes is the culture. When I went to see rumba at the Callejon de Hamel on a Sunday I didn’t see a group of people gathering to celebrate their heritage instead I saw an event to lure in tourists and get them to buy art or donate money to the Callejon project.

Before I proceed I would like to state that there is nothing wrong with that because the embargo and the special period [post-Soviet crisis] have fundamentally changed how Cubans are and view their surroundings. However, what I am trying to convey is that with my limited exposure to Cuban culture paired with my knowledge about how the Cuban economy works I had gotten to the point where I thought that the people dressed in white were doing it for a lack of better words, for show.

Aside from watching the people dressed in white in the guagua I had never seen a religious act being performed by Santeros. To give you a little background from my perspective, I want to take you back to the time I lived in New Orleans. Every year around early February the city throws a big party called Mardi Gras. The history of this celebration goes back to early 1920s and it is meant to symbolize the last hurrah before a month of lent.

From January 6 to whenever the catholic church decides lent begins, the whole city celebrates by throwing parades where the people who are part of the crew throw food, novelty items and even household products like soap. Essentially it is an act of gluttony before the big starve. This is a huge tourist event that though it has a historical basis, the economy of New Orleans heavily depends on it.

The non-commercialized version of Mardi Gras are the “second lines” that are held between the months of September and March. A second line is a walking party that is usually held on Sunday afternoon. Every week a different crew hosts the party in different neighborhoods. These events are advertised by word of mouth and are rarely attended by tourists. During this time, the people of the neighborhood take time to visit each other and even sell some homemade food.

So when I came to Cuba I expected to find that little niche of local events. However, all I have found up to now has been Cuban culture spots meant to lure tourists in.

The end of the ceremony was interesting. The cleanse being performed was carried out with the help of a rooster. At the end, the rooster was cut into pieces and subsequently thrown it into the sea. Then, the cleansed person kneeled for a few minutes while the other two cleaned.

From far away It looked like once they got up they did the holy sign on them and they departed. It is always interesting to see how religions such as Christianity condemn these subsects, but the subsects are nothing but these little fandoms that got rejected by the big corporation that is Christianity.

"Born here and grown there. Studied even further, next to the alligators in the swamp. Worked to dismantle the school to prison pipeline. Left, turns out that was never my calling. Moved to Cuba to learn about healthcare. Ended up discovering it was never about health, it was the other “h” word. Currently actively trying to become a human striving for a better tomorrow. "

One thought on “My First Enconter Live with Santeria”