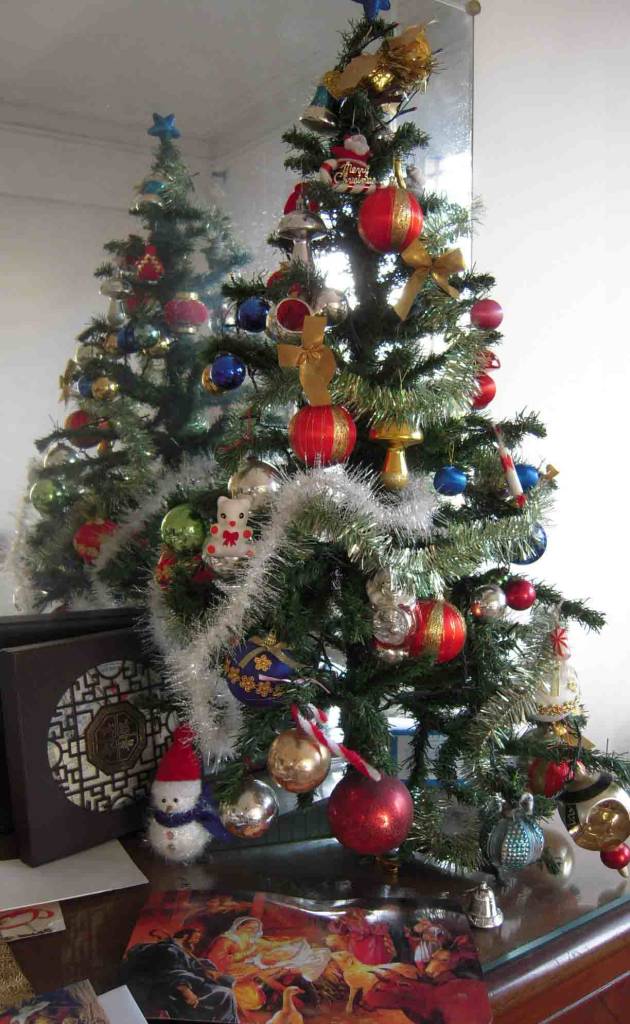 As we all know, the celebration of Christmas has its roots in the old pagan rite of the winter solstice.  For Christians, it is the day that God sent a savior to the earth; therefore it represents a day of rejoicing and happiness for having received another chance at redemption.

However, and with no attempt to proselytize, we can say that the tradition in the West — for believers as well as non-believers — is a season of parties and gifts, celebrations and family dinners, love and reconciliation.

Our country, possessing a genuine but curtailed Christian evolution, followed this tradition for centuries.  With the revolution there began a process of overlapped silencing and prohibition of religious faith, which was considered petty bourgeois and suppressed.

This continued until 1998, when Pope John Paul ll visited the island.  It was then that December 25 was again made an official holiday.

Christmas trees then began to reappear in workplaces along with especially decorated ones in “dollar stores.”  It was no longer politically incorrect to celebrate Christmas; and most Cubans — anxious to find a reason to rejoice and celebrate more than compelled by the faith and its solemnity — welcomed the new opening enthusiastically.

From my point of view, today — and perhaps for many years — our people see Christmas not as a Christian celebration (since there’s little is to celebrate) but as a chance to rest after a year burdened with shortages, struggles and efforts together with desires that are hardly ever rewarded.  Christmas will thus be a pause in the race toward an uncertain future, toward “another year of struggle.”

One thought on “Christmas in Today’s Cuba”