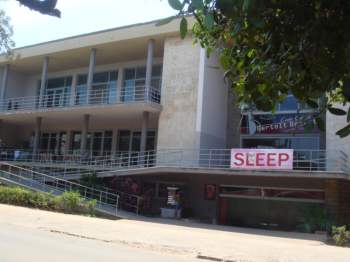 The new version of the stage play Sleep, by Norwegian writer Jon Fosse, has been adapted to the Cuban theater and is being directed by the popular Juan Carlos Cremata Malberti.

Unwittingly, the work touches on one of the most silenced problems in today’s Cuba: The gradual decline in the island’s population growth.

The work begins with the story of two young couples.  After each makes great efforts to get places where they can live alone as couples (and here is another point that is highlighted in our situation and that is well worth a separate “post”), one couple decides to have children and the other decides not to.

The play’s development is much more intense and complex, but this simple beginning encouraged me to write about an issue that I had had in my mind for quite some time.

Unlike what is expressed in Sleep, the problem of the declining birthrate in Cuba — certainly perceived by even the least astute demographer — is clearly produced by one single factor: the economy.

Simply speaking, many young women who still live on the island continue to wait for a favorable economic situation with a certain degree of stability before starting their families.  They therefore defer pregnancy almost to the limit of what their biological clock allows them for a healthy delivery.

On the other side of the coin is the massive emigration of youth to countries where their future is not so much marked by uncertainty and poverty, a situation that contributes to there being decreasingly fewer women in Cuba of childbearing age.

Returning to the play, its end is predictable: The more unhappy of the two couples ends up being the one that decides not to have kids.  And though the plot — I repeat — is much more complex than this simple overview, I ended up wondering:  What would happen to a nation that also decided, unwittingly, not to have children?”

There must be some way around this problem, which is apparently simple but with long-term disastrous consequences for the stability of any nation.

The problem is that a country in which population is increasingly aging but without being followed by at least the same number of young people is a time bomb that could result in (not meaning to sound apocalyptic) a disappearing population.