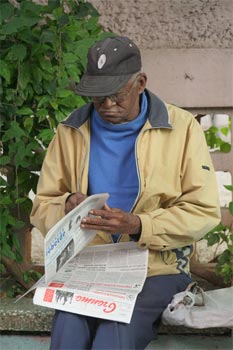 HAVANA TIMES – Our media’s obsession with justifying the unjustifiable seems to have no end, always putting the blame on the same guilty party: that consumer society; those countries where state power is based on the dispute and succession of this or that political party; those rightist governments; those class societies; that perpetual enemy, that…!

We know all too well that each of us human beings is a kind of receptacle for good or for evil.  The spice of the story lies in which of these elements will predominate in our actions.  This goes beyond questions of society, or of who’s in the government.

Throughout the history of humanity, criminals, the corrupt, the unscrupulous have existed, as well as those of good faith, the honest, and the virtuous.  This was true during slavery, under feudalism, in capitalism and in socialism.

For that reason, it’s outrageous to cast responsibility solely on the social and contemporary climate, even though these certainly exert some influence. I’m one of those who vote with Marti’s assertion: “I believe in the betterment of humanity and in the usefulness of virtue.”

This is what leads me to disagree with an article titled, “Pablo Escobar’s Show” written by Javier Ortiz and published on November 13 of this year in the Culture and Opinion section of “Cubadebate”.  In this, the author attempts to excuse the atrocities committed by the well-known drug lord with paragraphs like this:

..Pablo Escobar didn’t become what he was by pure evil, independently of the fact that he may have had the cerebral chemistry of a born criminal. It was the result of his era, the perfect pairing of the violence in Colombia with the demand for drugs in the United States. He himself did not forget the class and country he had been born into, and constructed a good number of social projects that earned him the affection of the lower classes in Medellín, the city that was the seat of his cartel…”

Even though the man had his positive traits, it was quicker and easier for him to follow the path of drug trafficking and crime than that of honest work. 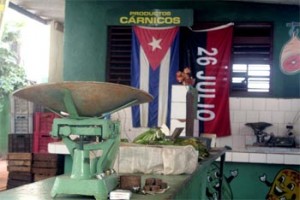 My feelings about this article were similar to those I harbored a few years ago when I saw the movie “The Broken Gods”, a fictional feature-length film directed by the Cuban filmmaker Ernesto Daranas, and produced by ICAIC in 2008.  At one point the actress portraying the teacher Laura is discussing the topic of her thesis before a tribunal and offers this discourse:

…Frustration – that’s the word that defines 1910.  An unsatisfactory independence and two North American interventions had humiliated the national self-esteem excessively.  Then this man arose who seemed capable of recuperating our damaged virility with the unzipping of a fly.. Alberto Yarini y Ponce de León appeared to rescue a part of our honor by defeating the French who dominated the prostitution in San Isidro, Havana…Finally a Cuban had won a war against a foreign power.  And, for further glory, even gave his life “for the cause”…

As you can see here, too – although masked by the subtlety and sarcasm that any Cuban script must utilize in order to be screened – they pretend to excuse the greatest Cuban pimp of his time under pretext of the wounded national ego.

I’ve used these two examples to demonstrate how, be it in an article referring to a foreign TV series or in the lines from a movie character who narrates passages from our history, the blame is always cast in the same place.

And that speech, although well written, doesn’t convince me.  People are responsible for their acts. The situational context, though it can influence, is not the determinant factor.

2 thoughts on “Casting the Blame in the Same Old Direction”