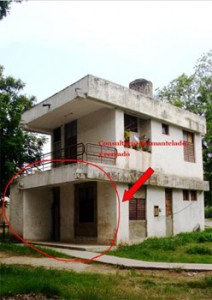 HAVANA TIMES — In the late 80’s, a program was conceived by the Cuban health care system. The idea was to create a new kind of physician to assist pregnant women and to treat children and seniors – with all of this directly within the local community.

Ten doctors with promising academic careers were selected to take a course in Havana, while they also become familiar with the community, as did the nurses. In this way the “Family Physicians in Cuba” was formed.

This noble idea had as its primarily objective the improvement of the health of the local population through comprehensive measures aimed at the individual, the family, the community and the environment.

The program also encouraged other major practices such as:

1 – Promoting health through positive changes in knowledge, habits and the hygienic habits of residents.

2 – Preventing the onset of diseases and harm to the health of the community.

4 – Achieving positive changes in the neighborhood hygienic and environmental conditions as well as in the homes of the families in the target area. 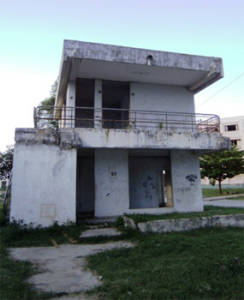 In this way, this comprehensive program would avoid the duplication of activities that were generated by top down programs and would thus add yet another element of efficiency to the administration of the system.

But during the last two decades, a number of mechanisms in the program have failed.

It is now common to go to one of these doctor’s offices and find it closed because the doctor isn’t there. In many places, the so-called “acciones de terreno” (home visits) are only taken when there are outbreaks of infections or situations of epidemiological alert.

But what’s worse is that many of the buildings that house these offices are in total disrepair in various parts of the country.

Neglect took over many of these buildings that are now in ruins, with their grounds surrounded by overgrown grass, serving as public toilets and for other needs of the less scrupulous, where kids leave their obscene graffiti.

I have seen many former neighborhood doctor’s offices turned into potential incubators of disease, in no way compatible with their original objectives.

The fact is that with every passing day more family doctor facilities are wasting away, when not even three decades have gone by since the project was created. Neglect is winning out, yet the official news concerning this program is always encouraging.

As an example, the photographs accompanying this post are two clinics that are within three blocks from each other in my community.