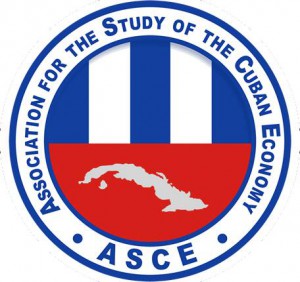 HAVANA TIMES — Many have asked me why I haven’t commented on the congress of the Association for the Study of the Cuban Economy (ASCE) I was invited to attend in August in the city of Miami.

The answer is that my colleague Vicente Morin got ahead of me, writing daily reports on what took place there from his hotel room.
That said, I want to add that meeting the fraternal Ted Henken, exchanging ideas with the intelligent Maria Werlau, getting to know the sensible and charming Arturo Lopez Levi, sharing a panel with Eliecer Avila and enjoying a pleasant conversation with and the company of Dimas Castellanos, among many other things, was a very positive experience for me.

I was pleased by the plurality achieved by the gathering, and by the fact that, despite people’s differences of opinion, we are seeing the will (expressed in different ways) to establish, once and for all, exchanges that call for the unification of those two Cubas, the island and the émigré community.

Vicente also devoted more than one post to sharing his impressions of the city. I, in contrast to my colleague, paid more attention to the people than this First World city (which does not mean, of course, that I wasn’t impressed by the beauty of the downtown area, the cosmopolitanism of Miami Beach, the glamorous touch of Coral Gable’s architecture, the delicious meat pie served at Versalles, on the city’s renowned 8th Street, or the patent differences that exist between the Express Way and the central and national highways).

I paid particularly close attention to how certain Cuban émigrés behave. Some have been living there for over two decades and have become US citizens, some have been there less time but have the Green Card that affords them permanent residency.
I came across people with different points of view.

The first group approached me and asked me whether I was planning on staying in the United States, in the form of a rhetorical question. The second tried to convince me of the benefits the country offered and (something that struck me as absurd) to compare the world’s most powerful economy with that of the island.

The third group said what a shame my visa, which entitles me to travel to and from the United States for five years, when there are people who would risk their lives to be able to live over there.

The fourth labeled me a concealed communist and possibly a Cuban government agent.

All of this was accompanied by invitations to visit shopping malls, Walmarts and eat beef, garbanzo beans and apples, as though I looked a bit undernourished to them.

I came upon people who are so recalcitrant, resentful and bitter, that they wouldn’t have anyone say that some things have gradually changed in Cuba. These are people who live in the past, complaining about the properties that were taken away from them, enumerating the people killed at La Cabaña fortress following the revolution and looking at Cuba as though the island became transfigured into the voice and face of the Castros in their memories.

I also met those who are willing to clean people’s homes, even those more austere than their own, in order to maintain their status as “successful people,” those who barely get any rest and take two jobs to pay their mortgages, their cars, their insurances, their taxes, the bills, their health insurance, their joy, their hope – in short, the price they have to pay to be there.”

I met with friends who are talented doctors and are working as waiters at restaurants, engineers working at gas stations, people who refuse to return to Cuba out of pride or shame. I also met people who only dream of taking their oath before the Star Spangled Banner and being named US citizens.

I met people who constantly prowl Internet sites about Cuba to vent their frustration over being little fish in a big pond rather than big fish in a small pond, to attack my comments with cruelty and disrespect, people who are always doing sums, whose wallets are stuffed with credit cards, who have to repeat “I am happy, god bless the United States of America” over and over again to truly believe it.

I apologize to Vicente, but these are the kinds of things I would rather write about.

3 thoughts on “My Visit to the USA: The Things I Would Rather Write About”