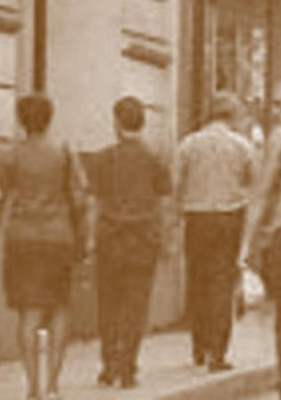 A few days ago I read the commentary “The Anonymous Complaint” by Alfredo Fernandez.  Among other things, it made me reflect on the double standards that proliferate in our country these days as practices of daily life.

Let’s define the term (moral) standards.  These are a group of rules or principles that govern the personal or collective behavior and that are proposed by an established doctrine or are characteristic of an epoch or culture.

My friend said that it was shameful to have to appeal to anonymity to denounce injustices or illegal acts due to the fact that doing it cleanly and openly does not guarantee results and — worse still — such whistleblowing could wind up getting them in trouble.

Have we gotten to a point of such skepticism that the majority of people prefer to abstain from giving their opinion or taking sides?  Then why?  For what reason?

The opposite of speaking out openly leaves us only with the option of doing so in a concealed and hidden manner, which is synonymous with a lack of courage or freedom.  People speak “in the backroom,” they complain, they criticize, they curse, but few are able to vote against a plan they believe is unjust, speak out against a poor leader or report a wrongdoing.

I don’t know how far the trend to restrict our right to free expression is going.  This is my opinion and I want to share it!  It’s not necessary to be afraid of words.  The worst thing is that many people take part in the macabre game of disguising the truth, remaining silent or only expressing their ideas underground.

For example, I’m going through an experience in which some of my writings published on this website have received comments exceedingly critical of my point of view from someone using the pseudonym of “La giraldilla.”

This person has been disrespectful and called me unprofessional, misinformed, etc.  The curious thing is that they don’t refute me correctly; theirs are limited straw man arguments or attacking inessential details that they consider vulnerable.

This person could easily be:

– A staff member in the Ministry of the Interior (which includes Cuban state security) whose mission is to read these articles, identify “dissidents” and submit their provocative retorts to see where it leads.

– Someone (not with the government) who frequents the website but who — because of their position or rank — are simply afraid to be identified.

– Someone who it hurts to accept the truth and rebuts it to the point of fatigue.  These types believed so much in their utopia that it’s agonizing to have to recognize its shortcomings at this point.

– Someone (and I should say that this is what would give me the most satisfaction) who simply doesn’t agree with me.