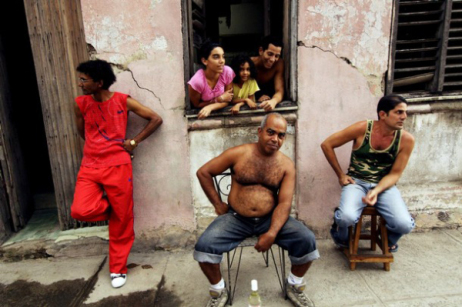 My grandmother used to say that “social segregation” was apparent back in her day.  Places where people assembled were defined by their race, status or other distinctions, as people’s attitudes reflected individual and collective cultural norms of that time.

It’s undeniable that the Cuban government has made indescribable efforts to improve the educational system.  It created elementary and secondary schools, polytechnic institutions, provided instruction in languages, sports, etc., and founded universities of medicine, education and others.

In the undertaking of the “Battle of Ideas” during the last decade, technical schools for social workers were established, as were those for instructors of art and computer science.  Likewise, general education courses were provided (even paying stipends to the students), and with these efforts accessibility to higher level of education was extended to almost the entire population.

Those latter initiatives are presently being phased out since their questionable benefits were demonstrated by the inability to place or contract the excessive numbers of trainees, which was due to insufficient job slots and the lack of funds to pay wages (now evidenced in rounds of mass layoffs euphemistically referred to as “workforce restructuring”).

But returning to the aim of the instruction and education of the population, we also saw hours and hours of television broadcasts of “Universidad para todos” (University for Everyone), a program that presented formal educational courses. 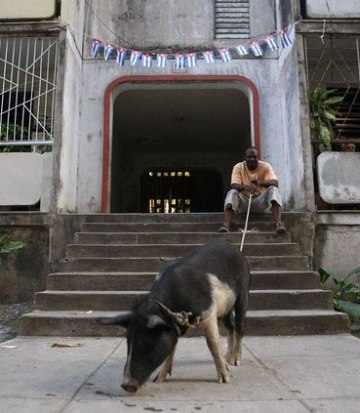 Notwithstanding, that eagerness to education seems incompatible with the levels of social misconduct that exist today among our population.  What happened to the message?

The rules of common courtesy are not respected.  You can be the victim of an unwanted shower from water poured off any balcony on any street or assaulted by unnervingly loud “music.”  No need to even mention common speech; vulgarity, obscenities and banal utterances have now become a part of the day-to-day routine of Cubans.

I have to emphasize that I don’t harbor any discriminatory or segregationist feelings based on race, gender, economic or cultural level, sexual orientation or religious practice.  But I do indeed believe that in the name of equality we gave in to egalitarianism, and that is definitely harmful to the proper development of all of society.

The notion of “all of us together and all equal” has brought about the absolute loss of the right to demand respect for privacy and appropriate behavior.  We have been invaded by promiscuity!

What do we do?

Is there an absence of laws or their enforcement for acceptable urban and social behavior?

Has immigration taken with it the majority of the better educated and most courteous part of the population?

Did the educational system fail?

Would it be worthwhile to return to segregation?