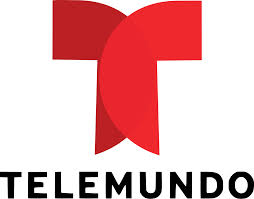 HAVANA TIMES — I saw on the news today that the Vice-President of Cuba’s Council of State, Miguel Diaz Canel, and the current advisor to the president and former Minister of Culture, Abel Prieto, met with the high leadership of the Cuban Writers and Artists Asssociation (UNEAC) to talk about the agreements and issues that are discussed within this institution.

That UNEAC should devote efforts to maintain the country’s cultural policy in line with the precepts of the revolution is not news to me or anyone. All of us know that this “non-governmental” organization is actually entirely subordinate to the government.

What I did like about the news is seeing how this institution works in conjunction with other cultural entities, such as the Cuban Radio and Television Institute (ICRT), with a view to designing better cultural programming, aimed primarily at combatting banality and mediocre content in the media.

I was always a rather harsh critic of our television programming, because I had never had the opportunity to compare it with any other. Right now, I wish the efforts of our cultural organizations success and offer them my support.

This has a lot to do with my recent experiences during a visit to the United States, where most of the television stations I watched (program packages watched primarily by Cuban and other immigrants) left a lot to be desired. 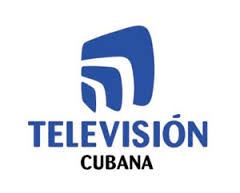 Twenty-four-hour programming made up of cheesy Mexican, Venezuelan and Colombian soaps with dreadful scripts, interminable television series where the protagonist is always a drug trafficker, reality shows and pointless game-shows, sensationalist news programs and other demons…

The other option was the stations in English, but the language barrier stood in the way and I was unable to enjoy any of these. I was left with Discovery Channel programs, but I can watch those in Cuba.

And here I had often complained about how insubstantial our television programming struck me sometimes. It turns out I had made an a priori judgment. While it is true that our television sets are rather tawdry and that our computer graphics aren’t always top-notch, at least the intention or the subjects addressed (with some exceptions) aim at the didactic and the promotion of the arts.

Telemundo is one of most popular stations included in the Dish Latino package and it has some of the most awful programing in the world. Inexplicably, it has one of the highest audience ratings imaginable.

During my stay in the United States, I watched an awards ceremony for the station’s best channels, the Premios Tu mundo, where the best series, shows, actors and actresses across several categories and others are supposedly acknowledged.

The show reaches its most puerile point with categories such as “Best Stud”, where they show photos of the nominees, exposing their torsos, biceps and triceps so that the jury can decide who has the best washboard stomach.

The other horrible award is the one given to the sexiest star, where the one with the most surgeries and facial or body Botox procedures wins, following comments by fashion designers as to who has the best or worst outfit.

The least important thing in these competitions is the acting skills of the nominees…and to think that I had always criticized Cuban television.

6 thoughts on “So Much for My Criticizing Cuban Television”