HAVANA TIMES, April 8 — I heard a report by journalist and sports commentator Julita Osendi on the TV news recently. She was a alerting us about how the Cuban population was losing its passion for baseball, which is designated as the national sport.

She talked about how these days there isn’t a street, park or open field where we don’t see groups of young people playing soccer. The sport has experienced a huge outpouring of popularity in recent years, which has resulted in our “beloved baseball” having lost many of its fans.

The commentator insisted on analyzing the reasons behind the lack of interest in the current and most recent National Baseball Series, as well as emerging preferences for the FC Barcelona and the Real Madrid soccer clubs.

I don’t understand why this sports and the media professional would take her time to file a report like that, one that even a five-year-old child would understand the reasons behind.

Soccer is the most international of sports and is the “sport of the masses,” as it’s usually called. Its practice dates back centuries.

The “Futbol Club Barcelona” (or “El Barça”) was founded in 1899 and the “Sociedad Madrid Foot-Ball Club” (“Real Madrid”) goes back to 1902. Since then and until today both of them have done commendable work in the realm of sports.

According to a Harvard University study, the Real Madrid soccer club has the world’s most fans (more than 228 million). Meanwhile the “El Barça” club — the world’s second most popular — faces off with Madrid in their annual “El Classico” match, one of world soccer’s greatest rivalries. 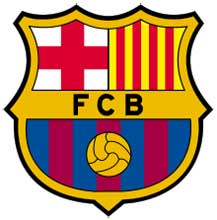 The journalist’s criticism is no less paradoxical, noting the tremendous promotion that big-money professional soccer gets on our television while at the same time the Cuban government strongly condemns professional sports. An example of this is the fact that Major League Baseball is banned on the television and in the press here.

The economic issue is another important factor. To play soccer one just needs a ball, while with baseball a whole array of equipment is required. A country with low purchasing power among its population should not establish as its primary sport one that requires funds beyond people’s reach.

If our youth or our sports fans are now feeling more attached to foreign soccer clubs — over the national teams and for baseball itself — this too could be interpreted as a feature of the crisis facing our national identity, expressed more explicitly among the younger generation.

Sports is more than competition, it’s a show, one in which the design of our baseball league leaves much to be desired. Added to this is the high level of politicization. Starting at the beginning of each season we have to hear tiresome political speeches in which the phrases “socialist sports” and “revolutionary athletes” never cease.

Likewise, our teams have suffered heavy losses from promising players who have opted to remain outside of Cuba, because only then can they achieve the dream of every baseball player: playing in the big leagues and being paid well for that. 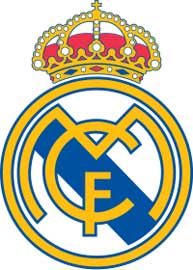 The greatest aspiration of any Cuban baseball player is to be part of “Team Cuba,” which represents the country in international events. However, this selection of this squad has always been influenced more by political strategies and assessments of the “athlete’s commitment to the Revolution” than by their quality on the field.

That’s why we often ask, why isn’t this or that first baseman or outfielder or pitcher on the team? This is why the more recent performances of our team in major international events have not left the fans proud.

Before the triumph of the revolution, there were 951 sports facilities in Cuba. Likewise, the nation participated in seven Olympic Games with 114 athletes to win 14 medals – five of which were gold. This is much more than what a countless number of other countries have achieved throughout history. However these accomplishments are minimized and the data is manipulated to make it seem like there were only sports and athletes here after the revolution.

It is made to appear that certain figures were pre-revolutionary miracles (sports figures including Ramon Fonst, the Olympic fencing champion in Paris in 1900 and in St. Louis in 1904; Dionisio Manuel Diaz, the champion of the individual saber in 1904; Jose Raul Capablanca, the world chess champion from 1921 to 1927; world professional boxing champion “Kid Chocolate”; and the baseball player Martin Dihigo, the only player ever recognized in the Halls of Fame in four countries, Cuba, Mexico, the United States and Venezuela).

The sports page of the Cuban Encyclopedia Ecured reads:

Sports in Cuba prior to the triumph of the revolution enjoyed no massive government support in any discipline, nor were there any plans for sports facilities or schools in this area. Privilege went only to a few (…) Since the Revolution of 1959, Cuban sports has experienced a complete turnaround (…) The Revolution began to create the entire infrastructure required for advancing the Cuban sports movement, which resulted in the massive practice of sports throughout the island, (…) The achievements and results of Cuban sports have led the island to become a true power in this field and the subject of worldwide admiration. Sports isn’t only a right conferred by the Revolution, it is also an expression of its lifestyle.

After reading this, it’s incomprehensible how Julita Osendi could ever wonder why people prefer Barcelona or Real Madrid to the Cuban Baseball League.

2 thoughts on “Why Soccer is Eclipsing Baseball in Cuba”