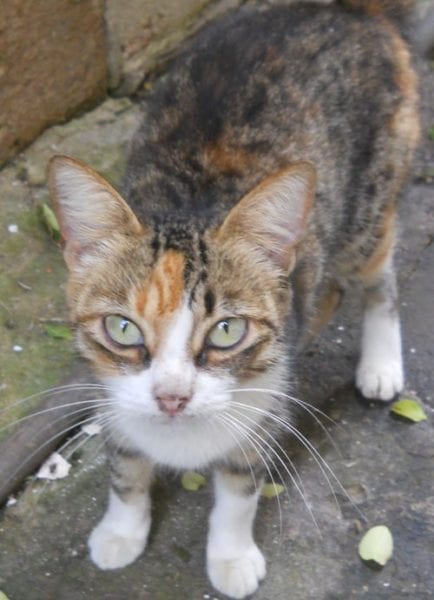 HAVANA TIMES – Over the past few weeks, I have read some articles that advocate for the proper treatment of animals, and I would like to raise my voice with theirs, as I believe that pets do have feelings, which are sometimes even better that some humans’ own.

I know stories about dogs who have saved their owners’ lives, and others who have been loyal to their owners until their dying breath.

In Havana, we have a true story of the latter about a woman who had a very loyal dog, and when the woman passed away, the dog followed the funeral procession to the cemetery and sat there waiting, very sad, in spite of the efforts of the deceased woman’s relatives to take him home.

People say that he was brought food every day, but the dog refused to eat and was there until he himself died, never leaving his owner’s side.

Cats are also very affectionate and intelligent animals and I have my own experience of these which I would like to share with you.

Some time ago, a young cat came to my house, who used to hang about the backyard door while I ate my lunch, but she never came in. She would wait there until I finished eating lunch and I would take her a little bit of food, which she would eat and then she would take a nap in the shadow cast by the house.

At dinner time, the same thing would happen, and so on. Over time, she became quite trusting and would even come in to the dining room, but she wouldn’t ever come near the table while we were eating. She would patiently wait for me to finish and I would take her food out to the porch. I have left the table alone many times, with food on top to see what she would do, but she never tried to jump up onto the table. She would sit waiting for us to take her some food. She would spend the night somewhere else, outside a neighboring building.

She recently gave birth to two kittens, I don’t know where, but she brought them to my house and put them on my porch, sheltered and under a shelf where we keep some vegetables, where she felt protected from the stray cats who would bother her and could kill her kittens.

After two or three days there, where I used to put food out two or three times a day, a male cat came wanting to harm the kittens and she defended them with her claws, so ferociously mind you, that the male cat took off at once, but she didn’t feel safe after that and she soon moved them inside the house while they were sleeping.

She checked out two or three places and when she found one that seemed safe, she went out and carried her kittens to that corner in the kitchen, between the water pump and the wall, but it didn’t seem like a safe spot to me because when the water pump kicked in, it could hurt them.

I picked up the kittens and took them outside to another refuge, which she herself had used at different times, but she didn’t think it was safe for her children and as soon as I came back into the house, she picked them up and took them back to their original hiding spot, under the vegetable shelf on the covered porch and she has never tried to put them back inside the house, which speaks volumes to her intelligence, as this is a safer spot than the one I chose to put them in.

If only all human beings could act so sensitively and intelligently.

I had thought about writing about another species: the eagles that fly around the US president, but I thought I’d leave it for another time, as I thought it would be more interesting to write and defend pets, who are a lot more dignified than those who only think about harming entire nations, using lies and false arguments.

4 thoughts on “Pets Feel Everything Humans Do”