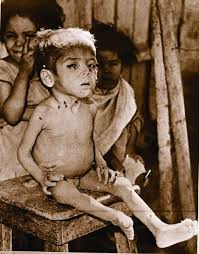 HAVANA TIMES – In the last few weeks, a fellow journalist published some photos that reflect, more than a thousand words, the subhuman conditions that people lived in in rural Cuba before 1959. That was the year the Revolution triumphed and the construction of a new society began, with everyone and for everyone’s wellbeing, just like our national hero, Jose Marti, dreamed and foght for.

Immediately after these photos were published, I stumbled across a comment on social media that said that we worse off today than during the period reflected in these photos I’ve just mentioned.

After I read this comment, I went round and round in circles asking myself how it’s possible that anyone in their right mind could make such a statement. 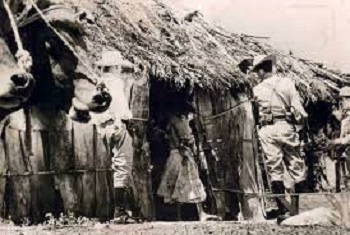 The answers to my questions have led me to the following four conclusions:

1.- It was written by somebody who knows absolutely nothing about Cuba and has been misled by the lies that our enemies have invented to defame the Cuban Revolution;

2.- It was written by some ungrateful person who hasn’t been able to value everything the Revolution has done and continues to do for the Cuban people, and even people from other countries;

3.- It was written by a selfish person who enjoyed certain privileges before the Revolution, or had family who did, and didn’t care about how the vast majority suffered or;

4.- It was written by a mercenary who writes whatever is dictated to them by the Revolution’s enemies, who are paid to do this sad and dirty work.

All of these variants are present, to a greater or lesser extent, in different comments published in the so-called “independent media”, which isn’t independent at all, as it depends upon US funding to exist and are forced to publish what their owners tell them to, otherwise there is no cash money.

The ungrateful are present, the ones who didn’t have to pay a single cent to get an education themselves and their children, if they live in Cuba. There are also the selfish who support Title III of the Helms-Burton Act. Their eyes set on rescuing the privileges their predecessors had, owning property covering most of the island. They dream of taking schools away from children, hospitals from the sick, hotels and leisure centers from the economy and houses from most Cubans, who now own their own homes, or to strip farmers of their land that was given to them with the Agrarian Reform.

All of them could answer to one name: counter-revolutionary. There’s no other name for somebody who advocates for a US military intervention, who is able to derail a train full of containers for some dollars from the US, or throw stones into store windows to smash them, or throw Molotov cocktails at a gas station, or insult patriotic symbols, including the flag or our national hero Jose Marti.

This has all been verified with evidence and with confessions from those responsible. They all admit they were paid off by the US, some of them with a simple mobile top-up. It really is denigrating for them and for the Empire who is paying them. Do these insignificant characters and their bosses think they can really overthrow a revolution entrenched in the Cuban people’s conscience? 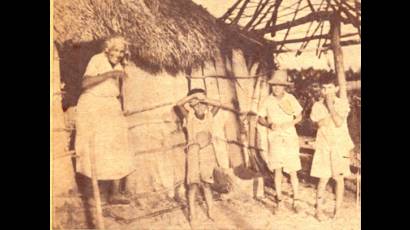 The Empire is offering to restore capitalism in our country, which existed before 1959. The photos that I mentioned in the beginning of this article reflect, one of them, a rickety hut with some barefoot children outside wearing worn-out clothes; another one, shows the rural guard evicting a family from another hut, who will be left out on the street without a roof over their heads; and the third photo that I’ve seen shows a malnourished child who is clearly dying of hunger and disease.

There’s no doubt that these photos reflect parts of the deplorable situation that existed in rural Cuba. The same could be reflected in cities’ marginal neighborhoods. This is what the Empire is offering us in exchange for our humane and solidarity Revolution. They depend on the support not of the Cuban people, but of the ungrateful and selfish, who sell themselves out for a few dollars.

8 thoughts on “The Ungrateful and Selfish”