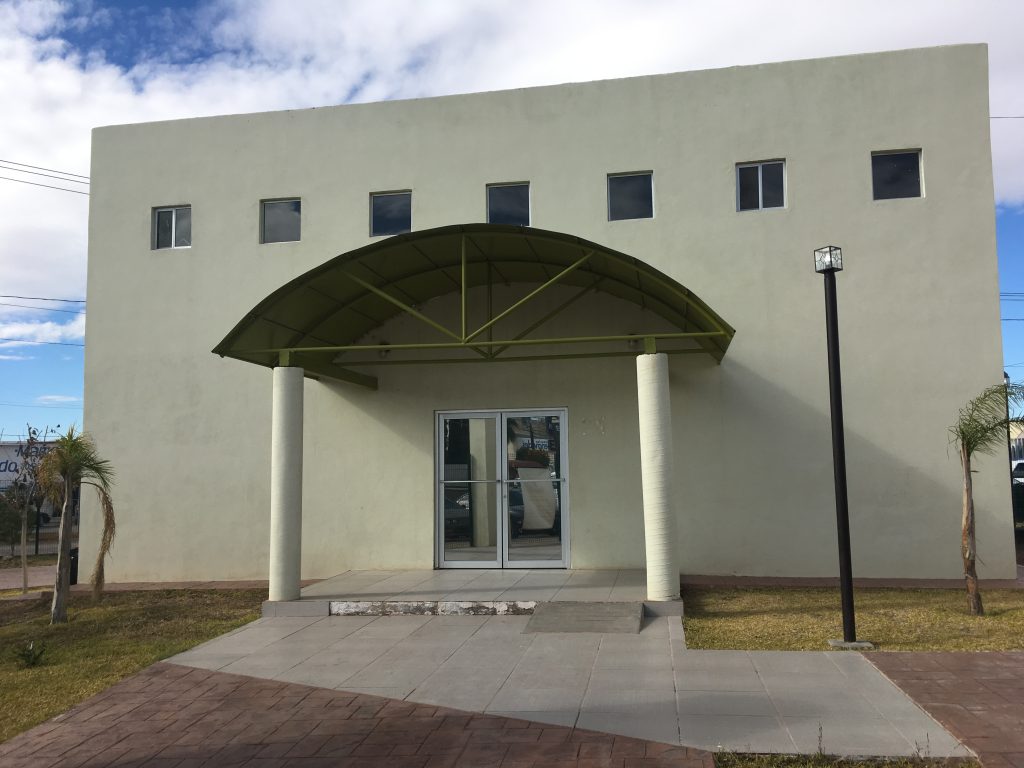 HAVANA TIMES – I show up at 11:00 a.m. for my shift at the Migrant Resource Center in Agua Prieta, Sonora, Mexico. The building is new, two stories high, surrounded by a lawn with some young trees and a high chainlink fence around that. We are next to the Mexican customs and border facilities.

I unlock the gate, kept locked all the time, and go into the building to greet my companion, Lorelei, an ebullient young woman from Matamoros who has been here for several years. We put on our pink vests with the words Apoyo de migrantes (Support for migrants) on the back and head for the camp.

When the migrants first arrive in Agua Prieta seeking asylum and find their way to us at the Migrant Resource Center and the C.A.M.E. shelter, we take copies of their documents and enter them on a list, which we share with the U.S. agents. The U.S. only lets in a few people every day, sometimes noone, and they call this metering.

There are now more than four hundred names on our list, for the four hundred people waiting to cross to the US from Agua Prieta and seek asylum. Of those four hundred, forty-five can stay at the shelter, and ten to fifteen in the camp, and the rest need to find their own accomodations as best they can while we work on finding more space for them.

For the last week or so, the folks who are next in line live in a camp made of tarps and blankets tied to the border wall. The US agents may call them anytime, day or night, and they need to be ready. Our job as volunteers is to escort people from the camp to the Center, where they can stretch and shower and stand upright, and then back to the camp.

The first group of migrants I escorted to and from the Center included Cubans, several young men and a father and mother and two children, four and five years old. At the Center, they attached their cell phones to every outlet. The little boy sat on the floor and quickly assembled all the jigsaw puzzles. The little girl had gold bows on her shoes.

The adults asked us if we have heard of Alicia Alonso, the Cuban ballerina and, strangely enough, she died several days later at age ninety-eight. They said they were heading for Miami where they had relatives waiting.

It was a warm day in late October and the children ran back and forth outside while their mother urged them not to get sweaty. The little boy pointed at a crown at the back of my mouth and showed me his, a molar encased in metal. I wonder if he’ll get the same dental care in the United States as he did in Cuba, if he gets asylum.

One of the young men talked fast and told me he is twenty-two years old, studied tourism, and needed to leave because “in Cuba we have no future.” While I was escorting the group and supposed to be in back of everyone in single file, he tried to walk behind me and on the street side, as a sign of courtesy, and I had to maneuver to get behind him.

At the Center he balked at showering in cold water, since something happened to our water heater. There was a new water heater in a box in the corner but no one present had the authority to unpack and hook it up. I explained to the group, who all declined cold showers, that we volunteers have lots of responsibility and no authority.

The rest of the group was from Guerrero, in southern Mexico, and included four siblings, two teenagers and two younger children, who speak only the indigenous language Mixteco and a few words of Spanish. A list of terms in Mixteco and Spanish appeared on the message board. A woman from Guerrero with two young children acted as their interpreter. She was hoping the US authorities would allow the group of seven to stay together. Her daughter woke up with an eye infection, maybe from the cars idling in line at the border, and Lorelei drove her to a nearby pharmacy with her two kids to get eye drops. (Mexican pharmacists usually dispense free medical advice for minor illnesses, advising clients what to buy.)

A family arrived at the gate outside, a woman and three children, the oldest a girl of eleven and then two boys, seven and a toddler. They just got off the bus from Michoacán, in central-west Mexico, a state with a high incidence of cartel violence. A cab driver brought them to us. They were lucky, since cab drivers sometimes take migrants to cartels. Lorelei explained to the women how to register with C.A.M.E. by sending a whatsapp message with photos of the family’s documents to the director, but that she will need to wait approximately four months to get into the shelter.

Until then, she is on her own. She will need to find a place to live, preferably away from downtown, using buses and not cabs. But after explaining how vulnerable she is on the streets, with backpacks and children, we are forbidden from recommending any place for her to go.

For us to recommend places to rent would make us vulnerable, we would be liable if people were hurt. But we must have a way of leading people to safety, we must. The woman maintains her composure but she is exhausted, disheartened, and adrift. The girl is anxious. She is old enough to help and to make demands and to realize just how bad it is. I am called away to translate and don’t know how this story ends, but there are more.