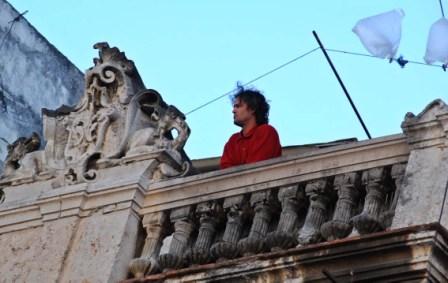 “(Constructivism) involves a vision that is centered on western rationality, based on the accumulation and classification of evidence, favors a certain cognitive and competitive individualism and presents itself in harmony with the neo-liberal model of government and the economy currently pursued in many countries.”

I will try to explain a little about the term “alienation” that I constantly use in my diary entries. I assert that a circumstance of alienation exists when the environment is stiff, when it is resists accommodating our interests.  In an atmosphere like this we are alien, we don’t belong.

In thought there is also alienation; this is when ideas crystallize and it becomes very difficult to change them.

In the other corner — confronting alienation — is constructivism.  We can say this is somewhat like the explicit recognition that all our ideas (even this one) can be developed in another manner if our minds are sufficiently skilled to achieve and sustain it.  Constructivism paints us a pliable and malleable world, and it explains how what we understand as reality is in fact the result of a construction.  In that way it stimulates creativity and saves us from sterile obstinacy.

The official Marxistoid line, especially the one taught in schools here, posits (often without an explanation, and not for any lack of time or space to give one) that reality exists for itself; it maintains that thought can end up actively appropriating reality but can never create it.  This line also supposes that such exaggerations of intellectual creativity will sooner or later lead to solipsism and from there to idealism, which as well as mistaken is characteristic of the bourgeoisie.

But constructivism is not the idealistic ghost hunted for by the Marxistoidist school and discovered in every corner.  For constructivism, neither God nor a particular mind are the exclusive protagonists of the process of constructing reality, but rather all are constructors in their daily struggles.

Given all of this, constructivism to me is a synonym for participation, democracy, freedom and self-determination.  And since these are “values that are developed” among their practitioners, I understand perfectly why the concept is banished from our schools.

One thought on “Constructing Constructivism”