HAVANA TIMES — Lucy, a young US citizen studying in Taiwan, is kidnapped by local mafiosos, cruel and bloodthirsty types. The bad guys are looking for mules to transport a potent drug that was recently discovered. The package they place in the belly of the young girl breaks and Lucy begins to suffer strange traumas.

Parallel to this, a renowned scientist is studying the brain’s potential. Humans make use of only 10% of their brains. What would they be like if they used 20, 50 or even 100%?

Lucy, her nervous system suddenly activated, begins to develop extraordinary powers. First, she takes control over her own mind – then her body and then the matter around her. But she has a pressing problem: she will die in 24 hours and doesn’t know what to do with all of the knowledge she has suddenly acquired. In her search for answers, she finds the renowned scientist.

The film touches on a recurrent issue in both high and popular cinema: our awakening. Several films that deal with this issue have reached the very peak of success. Almost fifteen years ago, The Matrix and The Truman Show caused much of a stir.

For those who have no idea what I’m talking about, awakening means assuming a reflexive distance from the mechanisms that govern our daily lives, mechanisms we incorporate into our existences and which end up making us their slaves. Awakening also means stepping out of line, connecting with the universal fluid that connects everything. As she becomes more and more lucid, Lucy says: “In truth, we do not die.”

From my point of view, the recurrence and success of this issue in cinema is not accidental. It suggests we are awakening. The big question is: will we complete the process before the matrix that protects and nourishes us blows up? If a new type of society that gathers the best of West doesn’t emerge soon, we will slide back to feudalism or something even worse.

Hollywood takes advantage of our collective interest in awakening and makes it popular, but, hell, it always ends up impoverishing the notion. I will try and point out where this appealing film messes up, in my opinion. 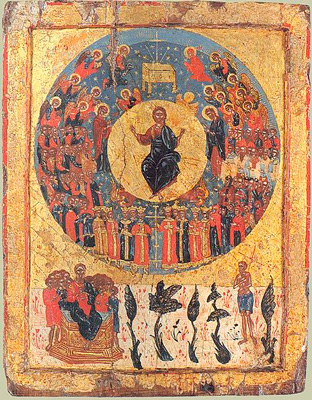 In her drug-induced awakening, Lucy becomes more intelligent but not more sensitive. At the very beginning, she whines a bit and mentions how painful the learning process is, but, as her intoxication progresses, she becomes more distant and detached. Her almost robotic awakening, geared towards abstract knowledge, pales when compared with the one that sustains one of the pillars of our culture: that of Jesus Christ. Two thousand years later, we are still unable to produce such interesting characters.

Lucy’s relationship with the matter and people who surround her is one of domination and colonization (she uses that very word). In the final scene, she achieves communion with the Whole (a very gratuitous transition, since she was dealing with everything and everyone about her like characters in a videogame up to that point).

Lucy achieves omniscience but, from my point of view, her vision of the Whole does not transcend the techno-scientific perspective that has made this planet ill. It is not surprising that the knowledge revealed to her can be reified and stored in a computer. The conclusion the professor-guru arrives at is also not surprising: life is a means of accumulating and transmitting knowledge.

It appears that civilizations go through two, well-defined stages: a youthful one of expansion, where the highest ideal is growing at all costs, without a clear sense of why and (if they don’t perish before) another one of contraction and a return to the search for meaning and fullness. The turning point is marked by the legendary or real arrival of a being who is more lucid than other mortals, someone who brings about the awakening of their contemporaries: Jesus Christ, Buddha, Quetzalcoatl and others.

If we take Lucy as a barometer of our collective consciousness, we can say without fear of contradiction that the human mind is still in its adolescence. I don’t think we have made much progress since The Matrix (1999).