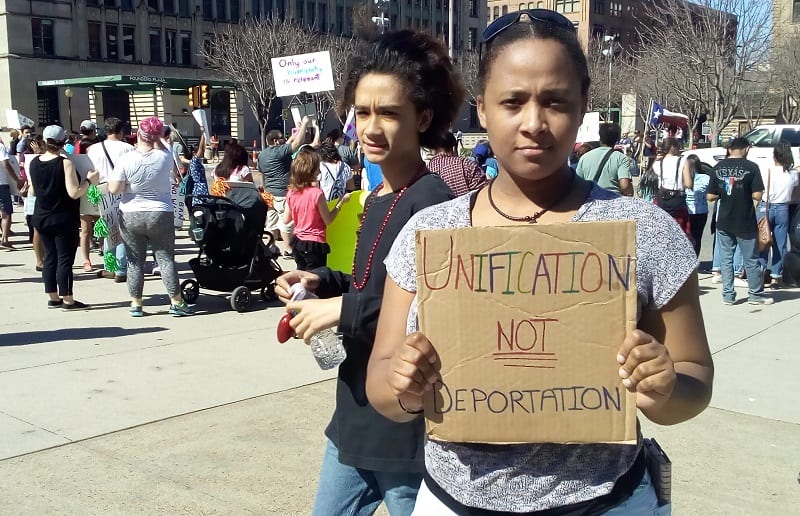 HAVANA TIMES – On Saturday there was a march in Dallas, Texas, against recent executive measures affecting immigration. I saw people of all ages, colors, cultures and genders, opposed to the construction of a wall on the border with Mexico and against the law that denies the entry to the US of political refugees from countries “Promoters of Terrorism.”

I witnessed an environment loaded with energy and fury; mockery and caricatures of Donald Trump. The police did not approach at all, although I did see some police cars parked about a block away.

What impressed me most was the number of super-young girls politically involved and full of inexhaustible vigor. They were on the battle front and made themselves heard without a megaphone. Also there were people from the LGBT movement with their striking flags, sympathizing with a struggle that is not exactly theirs.

I was also impressed to see so many gringos defending immigrants with such passion. There was a minimum of organization, people sharing snacks and others picking up trash. I approached one of these and told him how good it seemed that the garbage collection was organized. He told me in English: it’s not organized; I’m doing it on my own. Or so I understood.

Without more, I leave them with the photos; they say more than a thousand words. Sorry for the quality, it’s not the camera’s fault.

11 thoughts on “Pro-immigrant Demonstration in Dallas”