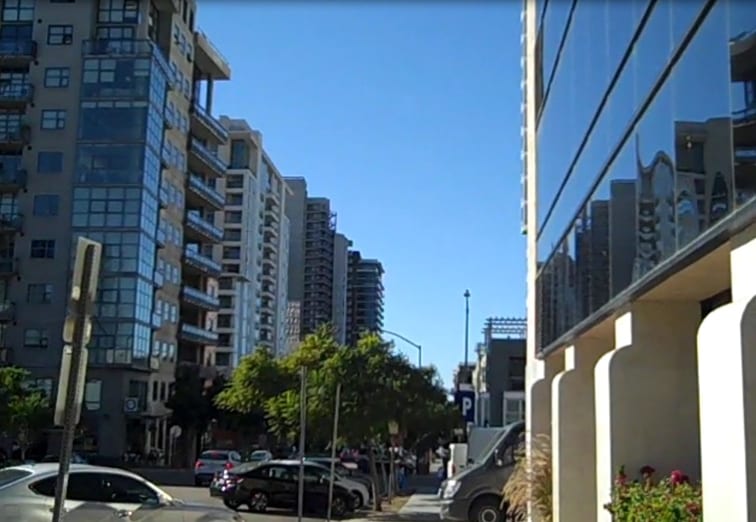 HAVANA TIMES — In my previous post, I wrote of the nice things that made me fall in love with “America’s Finest City.” It wasn’t the pretty lights but the important place human beings occupy in the city.

I noticed this in the way people treated one another and in how the city was designed. I thought that, among the skyscrapers, I was going to feel like an ant about to be crushed. As it turns out, I felt surrounded by giant protectors.

Unlike Havana, San Diego is designed so people will feel at home, comfortable and relaxed. There are plenty of road signs, bicycle lanes, freely accessible public areas where one can rest, clean oneself up, go to the bathroom and drink water, efficient public transportation, an impressive degree of respect for pedestrians by drivers and superb services at offices and establishments. These are questions that depend, not so much on the economy, but on culture and politics. The city cannot be at the service of its inhabitants if they are not the ones who control its destiny.

Other foreigners may find Havana exotic, but, for a Cuban, strolling around the downtown area of the capital is something of a bitter experience.

There are barely any public restrooms (the few available offer terrible services and aren’t free), let alone any drinking fountains. There are far too many people trying to scam you, steal from you, sell you products of dubious origin or simply being impolite. The air is heavily polluted by the old cars that the alienated tourists seem to admire. There are next to no sidewalks and absolutely no bike lanes. You find no courtesy from drivers when you cross the street, there are bad smells, disagreeable noises, pot-holes on the roads, garbage piled up here and there, rubble, sacrificed animals left to rot on corners, public spaces colonized by smokers, numberless architectural barriers for the disabled, open homophobia and male chauvinism and the ever-preset police, threatening to ruin your day. Should anyone be at all surprised that, in our non-gentrified Havana, I should feel like an ant about to be crushed?

To make my comparison even clearer, I want to tell you about my first visit to a large department store in San Diego, one belonging to the Target chain.

Before I left the country, many said to me: “If you ever step into a market there, you won’t want to come back.” And, true, they are welcoming, well-lit, nicely-organized clean places stuffed with seductive products…but what got to me was something else.

In Cuba, store clerks treat you like a potential thief or an unwanted interruption to their daily routine.

At Target, I carried my backpack the whole time and no one assumed I was a shop-lifter. I would handle the merchandise indecisively and I probably drove the clerks a little mad, but they never lost their patience or were impolite.

The experience made me recall that of my parents’ in the former European socialist bloc. The clerks in these sister nations used to ignore them or mistreat them when they noticed they were poor foreigners. 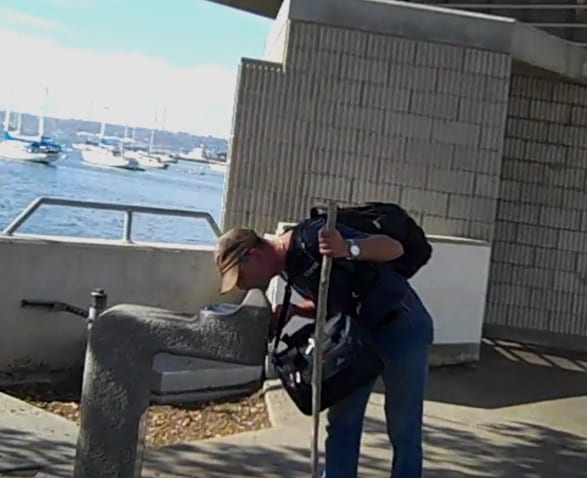 Could it be this false socialism generated the same patterns of behavior everywhere it blossomed or is it a phenomenon typical of underdeveloped countries?

I went to Target with a group of Latin Americans: there were people from Guatemala, Honduras, Bolivia, Costa Rica and even Belize. Only us Cubans left feeling thrilled about how the clerks treated us, because only us felt any difference with what we have back home.

To explain the fall of socialism and the persistence of capitalism, analysts have developed sophisticated theories, but there is a basic element of human psychology that tends to be overlooked: we are able to tolerate abuse from “impersonal” powers (such as the economy, typical of capitalism) far more easily than humiliation by our peers (something entirely common this side of the wall).

I’ll conclude, for now. I promised to show you the ugly side of San Diego, but it’s clear I’m still a bit dazzled. I’ll leave it for next time.

3 thoughts on “San Diego, Havana and Self Esteem”