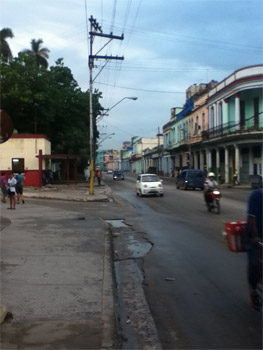 HAVANA TIMES — It is election time in the United States (Nov.4) and Cuba (Oct.21). While the campaign has been going on for over a year in my home country I have only just recently seen the candidate biographies for the Cuban elections posted up in the windows of schools, hospitals, and bakeries.

Last week I received my official ballot to vote in the United States 2012 general elections. It is one page, front and back. There are 34 different races I need to vote in, from President to Country Commissioner. Deciding who to vote for in 17 of those races will not take much thought, since they are uncontested.

In these uncontested races only one candidate is standing for election. This means that this person will win by default, since in Texas we do not have a “none of the above” option.

This phenomenon of uncontested elections is repeated in many counties and states all over my country, mostly at the local level. This is usually because one of the two parties has such broad support no one even bothers running in opposition. Of course since I am from Texas these uncontested elections will all be won by Republicans.

In spite of this, and the many other problems, with the practice of our particular flavor of democracy in The United States some friends and I took it upon ourselves to at least hear out the presidential candidates, Barack Obama and Mitt Romney.

To see the drama unfold, and maybe even learn a little bit about each candidate, we went to the Hotel Parque Central this past Wednesday night to watch the first United States Presidential Debate.

The debate between President Obama and Governor Romeny was not a televised event in Cuba outside of those households that can afford a very expensive satellite T.V., the more popular hotels with international tourists, and those Cubans who find less than legal ways to get a satellite signal in their homes. 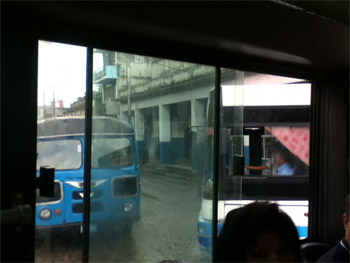 Watching the debate was a somewhat lonely affair between the four of us. There was an older man who sat down about half way through, but he was drifting in and out of sleep as the event proceeded.

From what I learned in the debate the differences between the candidates is clear. Both need to do something about the fact that our country has a profound debt and massive spending requirements.

President Obama would like to collect more money from rich people in the form of taxes. Governor Romney believes his plan to lower the tax rate will create more jobs, and from the income that is generated by those jobs the tax revenue will increase. Of course there are more nuances to each candidate’s plan than this, but these were the brightest highlights of the discursive exchange.

I don’t know who “won” the debate, and I missed any coverage that Cuban media gave to. What I have been seeing more of in Cuban media recently is news about upcoming elections on the island later this month.

Most national news coverage is focused on the general participation of Cubans in these elections. They publish numbers of deputies that have been nominated at meetings of Poder Popular, neighborhood based political organizations, that have taken place.

It is a good thing I read about the elections in the newspaper, because otherwise I might not have even known they were going on. I say this because I spend the majority of my day with Cubans, yet I rarely hear any talk about the elections. Maybe that is just because I’m a foreigner and for whatever reasons people have they don’t think it is worthwhile to bring up with me.

From the few conversations I have had with Cubans about their elections there seems to be an apathy, especially among the youth, that I am all too familiar with. In Cuba, as in the United States, it is the same story in a different language: “my vote doesn’t matter”, “I don’t care”, “nothing will change”, and the saddest of them all “what elections?”.

From what I can tell the campaigning in Cuba is limited to one sheet biographies with the candidate’s photo that are posted alongside each other in public places within their respective communities. There are no commercials on T.V. or fliers mailed to home. At least the Cubans are not wasting a billion dollars on their elections. In the United States our apathy comes with a price tag.

Anyway, I’ve never been apathetic toward politics, quite the opposite really, so I took time to read a few of these candidate biographies. Within the biographies all verbs appear to be in the past or present tense, no talk of anything in the future. As a student of the Spanish language I can assure the reader that this is not because of the lack of verb tenses needed to express oneself in a determined or undetermined future.

But even if there is little discussion of policy change on the local level in Cuba at least they can honestly say they have contested elections. Remember that on half of my United States ballot I don’t have more than one choice.

With the lack of choice, in whatever form, it comes as no surprise to myself that the biggest guaranteed similarity between the two elections will be a less than majority turnout of youth to the polls on election day. Perhaps it is my generation that is at fault and we are genuinely unexcitable about any type of political process, be it in the United States or Cuba.

Or maybe it is because in either country we feel that no matter what kind of media drama and idealistic slogans that are thrown around leading up to the election that the days, weeks and months after the voting is done life will be largely unchanged.

10 thoughts on “Elections in the US and Cuba”